Footage shows a white police officer kneeling on an unarmed and handcuffed black man’s neck who pleads: “I can’t breathe”.

George Floyd begged for air as the cop held him for several minutes by the back wheel of a police car after he was detained in Minneapolis.

In the video – which was originally posted to Facebook by Darnella Frazier – unarmed Mr Floyd says that he cannot breathe multiple times. The ten-minute video has been cut short, as scenes were too distressing to show in full.

The incident took place approximately 8pm on Monday after cops were called about a man using a forged document.

His death comes as America is reeling from the death of Ahmaud Arbery, a black man who was shot dead while out jogging in Georgia.

Three white men, including a former police officer and his son have been charged with his murder.

Demonstrators took to the streets where Mr Floyd died, with some chanting and carrying banners that read “I can’t breathe”, as they marched towards a police station, where windows and a patrol car were damaged and graffiti was sprayed on the building.

A line of riot police eventually confronted them, firing tear gas and projectiles, which protesters kicked back towards them.

Some of the demonstrators used shopping trolleys to make a barricade at a nearby supermarket, and tense scuffles continued late into the evening.

George Floyd’s family say they saw video of deadly arrest BEFORE realizing it was him & demand murder charge for cops
https://www.thesun.co.uk/news/11716853/george-floyd-minneapolis-family-watched-arrest-video-minnesota/

Amy Cooper FIRED for ‘racism’ after telling cops black man ‘threatened her life’ after he asked her to put dog on leash
https://www.thesun.co.uk/news/11708615/amy-cooper-fired-african-american-threatened-central-park/

From Brexit breaking news to HD movie trailers, The Sun newspaper brings you the latest news videos and explainers from the UK and around the world. 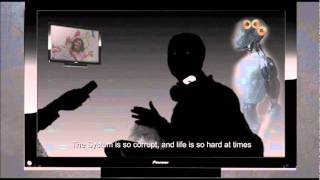