2nd BME ECR – How to stay in academia, Networking in Bush House 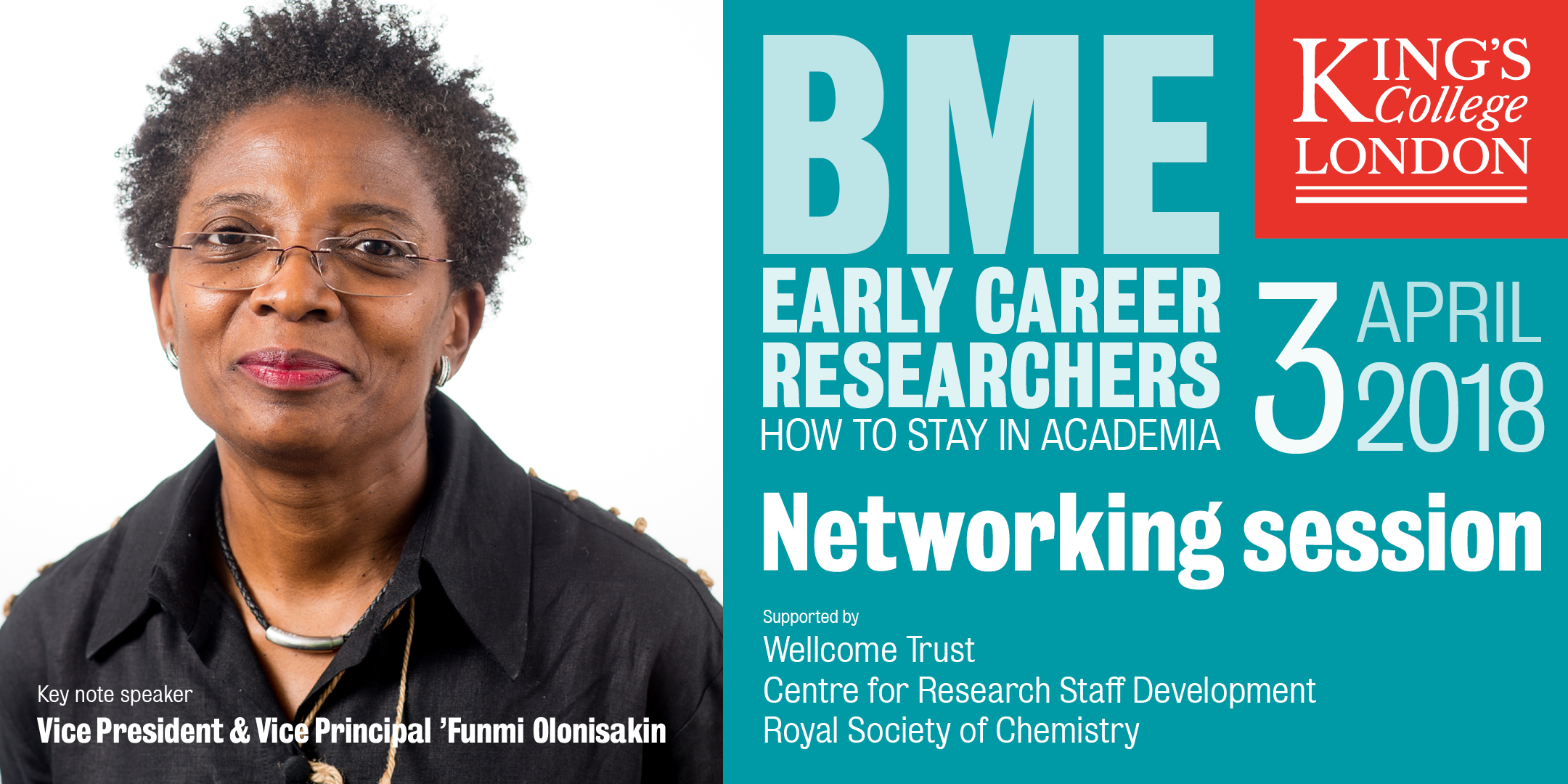 Networking is a very important skill to have as part of your career development. You need to be vocal about your interests and career goals also to build relationships with people you might not otherwise have met.

We therefore will be having a networking session, with King’s College London recently appointed Vice President/Vice-Principal (International) Professor Funmi Olonisakin, who will be the only key note speaker for the evening, she will inspire us before we use the remaining time for networking over a glass of wine and some nibbles on the terrace/rooftop of King’s Bush House, the former home of the BBC. You will see stunning views of the London skyline, overlooking the Thames and Holborn.

This session has been included  in response to feedback after the first conference which suggested having a separate time for networking.