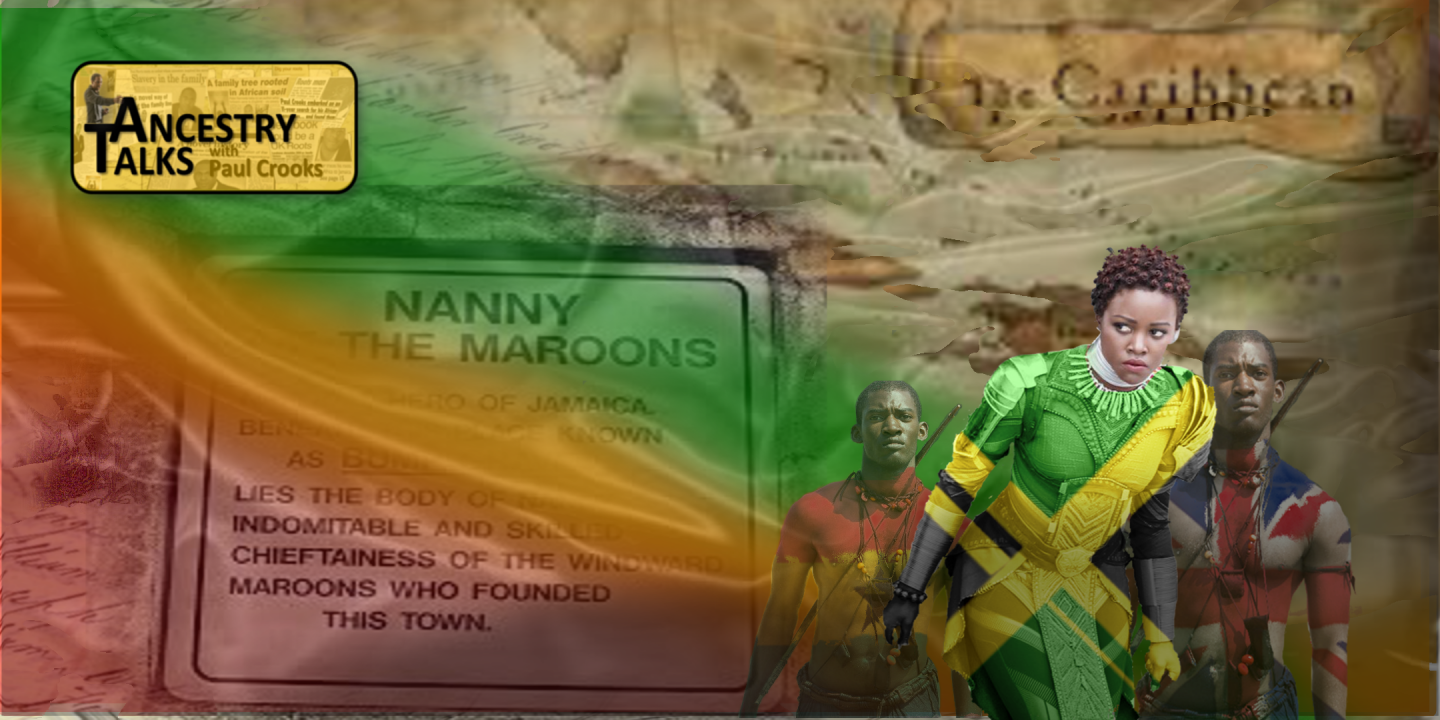 Who are the Maroons of Jamaica? Why did Britain go to war with them? Who were the leaders?
CLR James (African-Trinidadian historian, journalist and socialist) wrote:
“I was tired of reading and hearing about Africans being persecuted and oppressed in Africa, in the middle passage, in the USA and all over the Caribbean. I made up my mind that I would write a book in which Africans and all people of African descent, instead of constantly being the object of other people’s exploitation and ferocity would themselves be taking action on a grand scale and shaping other people to their own needs.”
There were great Black leaders of freedom movements in modern Black History, but could the first Maroons War of Jamaica the great story of slavery and resistance in modern Black History?
Trailblazing author and family historian Paul Crooks discusses the history of Jamaica’s Maroons. Focussing on the Maroons’ first  War with Britain, Paul draws attention to the impact of Maroon activities as the prequel to
• Britain’s Industrial Revolution; and
• The rise and fall of Britain’s system of slavery in the Caribbean
Paul critically discusses some key historical figures in this Black and British history before inviting audiences to draw their own conclusion on a particularly turbulent time in the history of the Caribbean.
For more about Paul Crooks: https://paulcrooks.info/