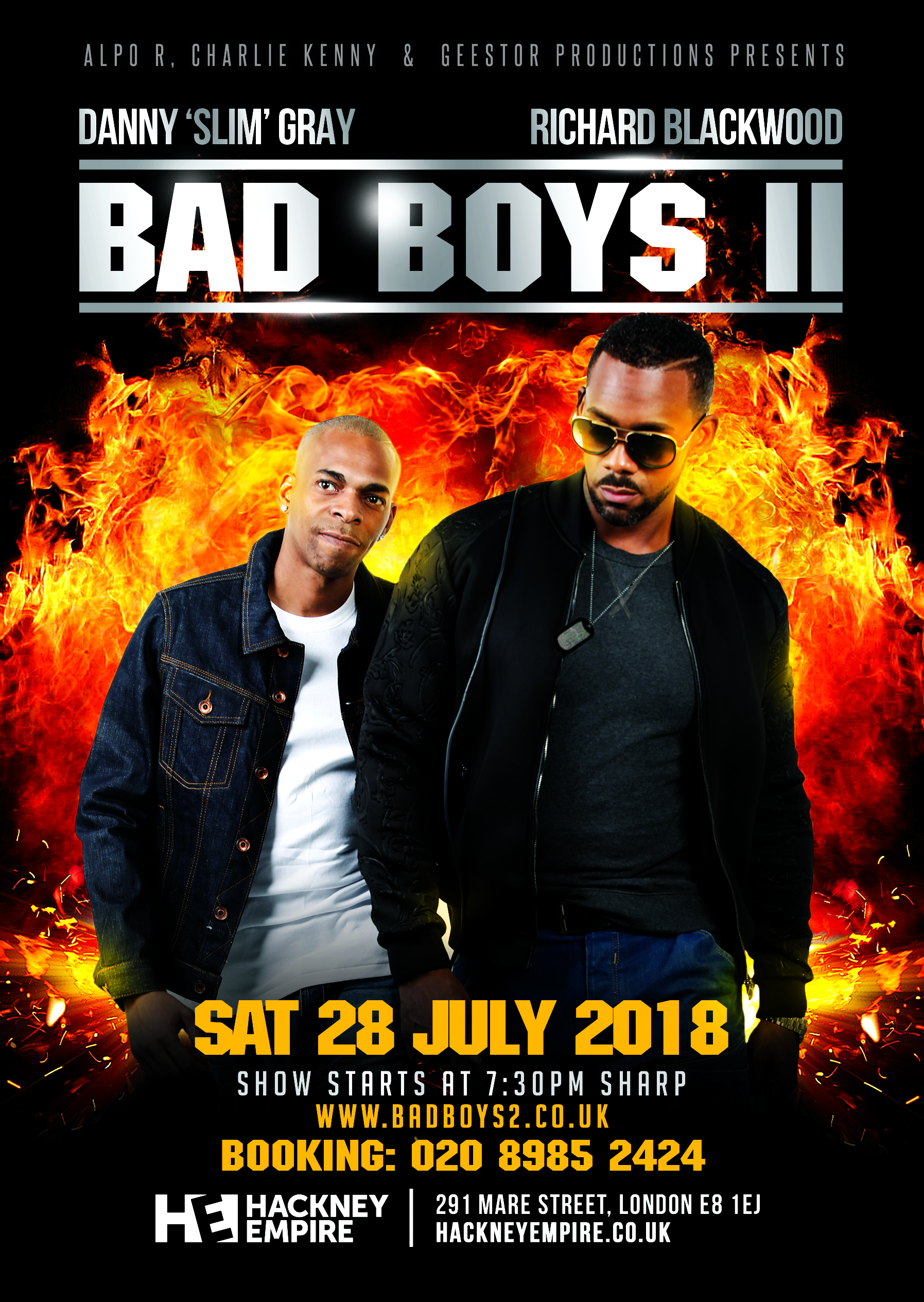 2016 saw two of Britain’s top comedians take to London’s most iconic theatre and sell it out, twice in one day. Now, the duo returns with another dose of explosive comedy in 2018. The laughter will never stop when two of Britain’s hardest hitting comedians tag team and come together for one night only.

Richard and Slim both started performing comedy in 1993 and each have since built a huge fan base both in the UK and around the world.

This night promises to have your belly aching with laughter with 2 of the UK’s most charismatic, long standing and popular comedy genius’s shooting from the lip. Get ready, they’re fired up and raring to go!

‘The funniest comedy show this decade’

‘There are no comedians in this country as talented as Richard and Slim’.