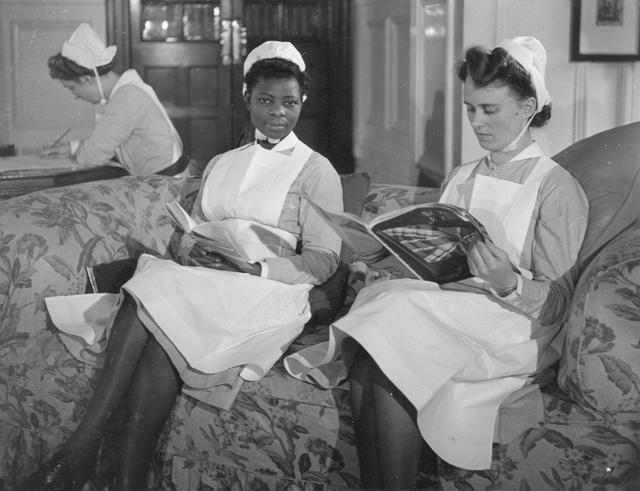 Stephen Bourne, author and LSBU Honorary Graduate, presents an engaging and informative illustrated talk about the lives of some of the pioneering African Caribbean nurses who worked in Britain before the birth of the National Health Service in 1948. These will include Annie Brewster, who worked at a famous London hospital from 1881-1902; Princess Tsehai, who was employed at the Great Ormond Street Hospital for Sick Children during the London Blitz of 1940/41; and Nigeria’s Nurse Ademola, who trained as a midwife at Guy’s Hospital during the Second World War.

In 2015 the community historian Stephen Bourne received the 2015 Southwark Arts Forum Award for Literature for his acclaimed book Black Poppies – Britain’s Black Community and the Great War, published by The History Press. In 2017 Stephen received an Honorary Fellowship from London South Bank University for his contribution to diversity. Stephen’s latest book War to Windrush – Black Women in Britain 1939-1948 will be published by Jacaranda Books in June 2018.