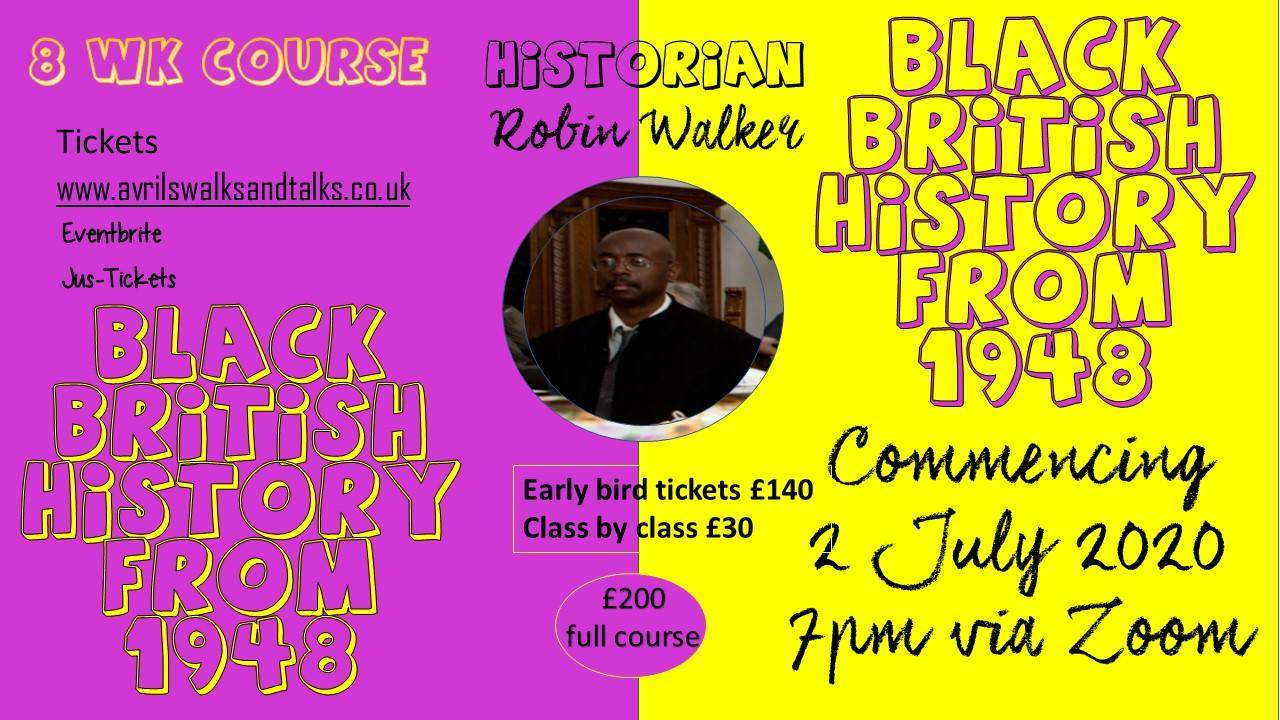 Want to learn about Black people’s history in the UK? This course will give you the basics as well as an indepth look at their history.

This event will be via Zoom. Codes will be sent nearer the time.

This short 8 week course will give you a good grounding in understanding how the Black people of the UK have contributed to British society.

Using film, music and talk, Robin Walker will explain the history of Black people in the UK since the arrival of the ship Empire Windrush in 1948.

Come and learn about:

There are eight classes:

1. The MV Empire Windrush and the Calypso Years

2. Claudia Jones, the Birth of Carnival and Blacks in the NHS

3. The Black British Civil Rights Struggles during the Ska and Rocksteady Years

5. The 1981 Annus Horribilis and the Lovers Rock and 2 Tone Years

6. How Black Britons entered the Mainstream (as Intellectuals, Boxers and Athletes) and the Birth of Black History Month

7. How Black Britons entered the Mainstream (in Football and Literature) during the Soul and Jungle Years

8. How Black Britons entered the Mainstream (in Drama, Fine Art, Textiles and Politics) during the Garage and Grime Years