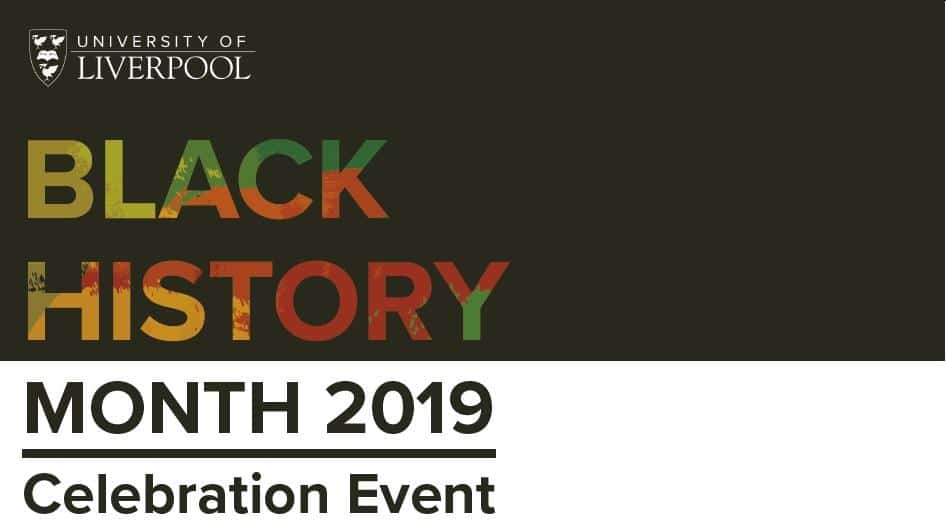 The Black, Asian and Minority Ethnic (BAME) Staff Network in collaboration with the Faculty of Humanities & Social Sciences, invite you to this FREE event to celebrate Black History Month 2019, where we will welcome two guest speakers, Dr Ray Costello and Dr Diane Frost.
Black Tommies: Soldiers of African Descent in the First World War
Dr Ray Costello is a historian and a former Race Equality Adviser for Liverpool Education Authority Inspection and Advice Department. He is a historical consultant to Merseyside Maritime Museum (National Museums Liverpool), an honorary research fellow of the University of Liverpool Department of Sociology, Social Policy and Criminology and a board member of the Centre for the Study of International Slavery (CSIS).
Dr Costello will give an illustrated talk highlighting some of the many forgotten Black soldiers who were already resident in the United Kingdom at the outbreak of the First World War and volunteered to play their part. If Black British colonial troops have long been neglected by historians, the story of black soldiers enlisting in the United Kingdom during war is even less known.
1919 and the Liverpool ‘Race Riots’: Reflections 100 years on
Dr Diane Frost from the Department of Sociology, SocialPolicy & Criminology at the University of Liverpool. This year marks a hundred years since the seaport riots of 1919. In Liverpool, as in other port cities (Cardiff, Newport, Barry, Salford, Glasgow, Hull, London), Black sailors became the targets of vicious racist attacks by white workers for allegedly ‘taking jobs, houses and women’, resulting in at least one fatality (Charles Wootton). Arab seamen in South Shields endured similar attacks. Dr Frost will reflect on these events, their causes, and will ask how far have we come a hundred years on in terms of racism and racial violence? What has changed, and what if anything has remained the same?
5.00 – 5:30 Welcome drinks and nibbles
5.30 Welcome Dr Zainab Hussain Chair of BAME staff network
5.35 – 6.00 Dr Diana Frost 1919 and the Liverpool ‘Race Riots’: Reflections 100 years on
6.00 – 6.45 Dr Ray Costello Soldiers of African Descent in the First World War
6.45 – 7.15 Questions
Drinks and nibbles will be provided at the event, please email equality@liverpool.ac.uk for any dietary or accessibility requirements before Wednesday 25th September.