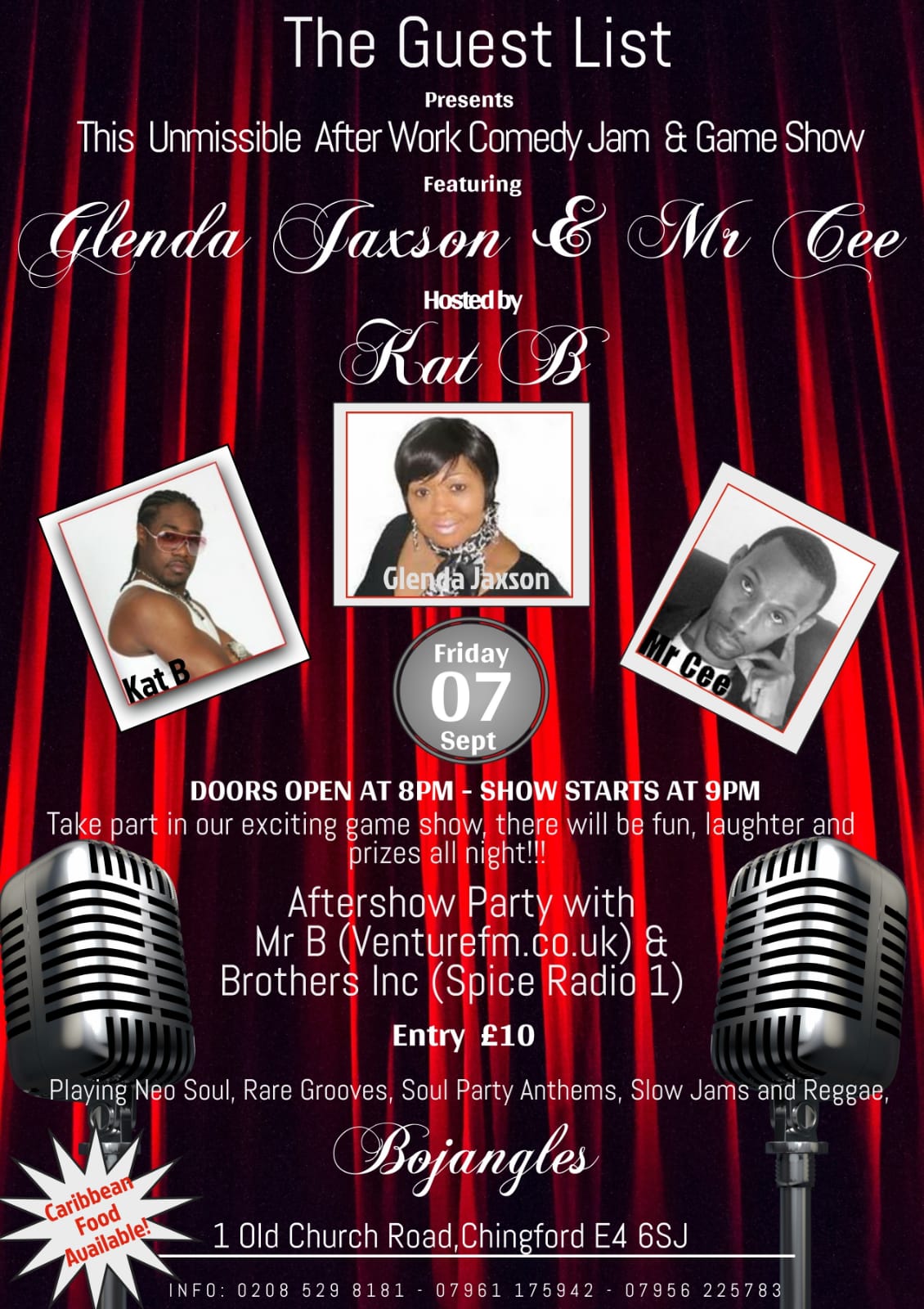 On Friday 7th September , The after work comedy jam returns to Bojangles in Chingford for another fantastic night out.
Once again the night and ‘Friends for life’ game show will be hosted by Kat B, followed by a superb comedy show feat the great Glenda Jaxson and the very funny Mr Cee..??
If that wasn’t enough, we then have the official after party feat Mr B and Brothers Inc ?
Doors open 8pm till 2am and tickets are priced at £10
We’re also giving away a bottle of prosecco for parties of eight and a bottle of champagne for a party of 10.
For tickets or reservations, call Bojangles on 0208 5298181 or 07956225783
Comedy, Jam, Game, Gameshow, music, jazz, mrcee, katb, glendajaxson, music, bojangles, nightclub,comedynight, gamenight, fridaynight,fridyay,
fridayfunday, freebooze, freeprosecco, champagne, exclusive
https://www.facebook.com/events/2292252534138171