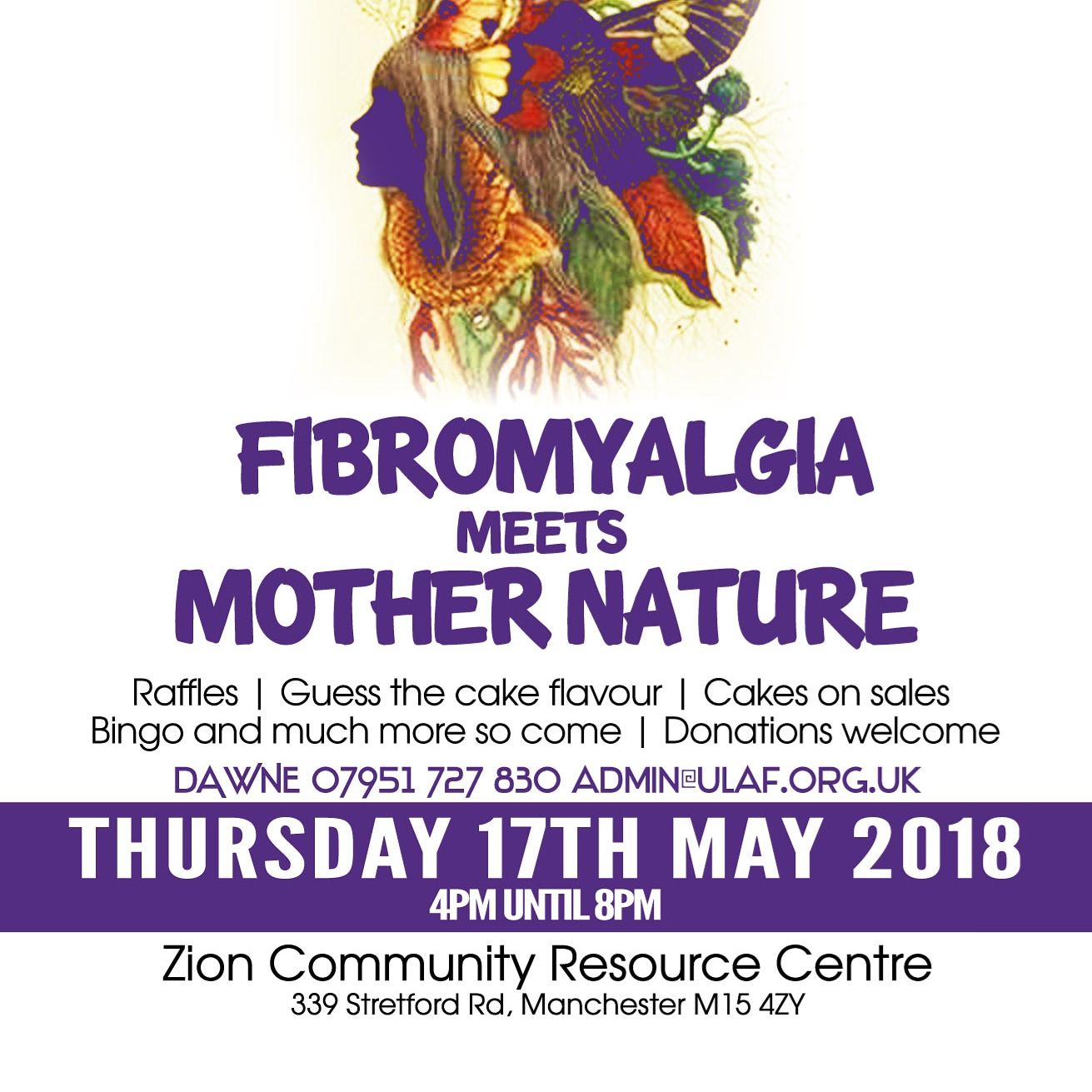 Well we are on count down for ULAF Support Group fibromyalgia fundraising…
Event is @Zion centre Hulme
On 17th May
@4pm-8pm
Contact 07951727830;
Cupcake day ??
Please feel free to forward to anybody that may wish to donate cupcakes/cakes/brownies to help on the day..
Every penny is to go to the Understanding lupus and Fibromyalgia this disease that’s very close to my heart.
Fibromyalgia is also called Fibromyalgia Syndrome (FMS). It is a long-term (chronic) condition that can cause widespread pain and tenderness over much of the body. It’s quite common – up to 1 person in every 25 may be affected.
As well as widespread pain, people with fibromyalgia may also have: