From War to Windrush Photographic and Art Exhibition 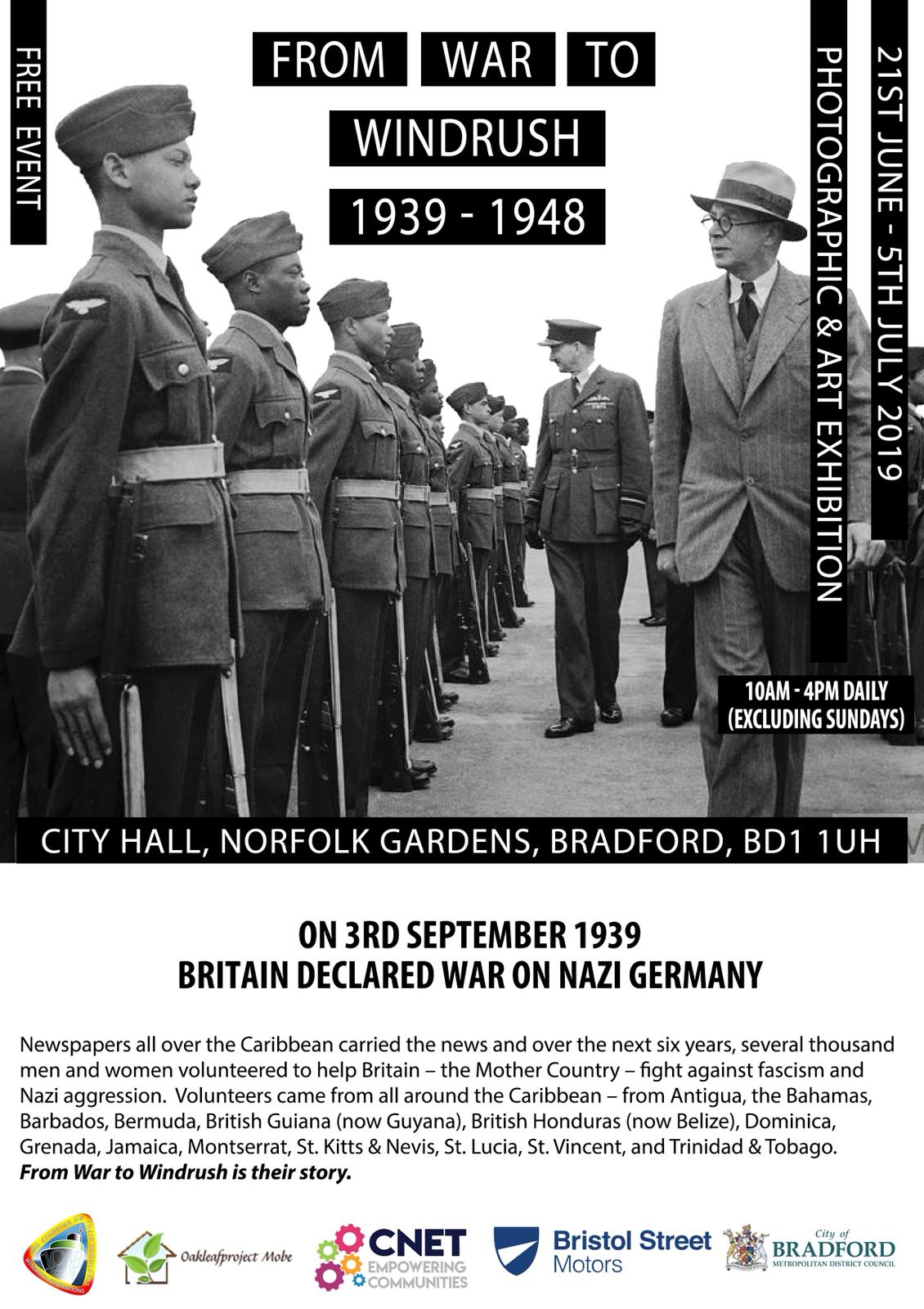 Photographic exhibition revealing the hugely forgotten and untold history of the thousands of men and women from the Caribbean, who volunteered to fight with Britain, the ‘Mother Country’, against fascism and Nazi Germany in World War Two.
This exhibition is taking place in the 75th anniversary year of the D-Day landings in Normandy, to honour these brave and loyal men and women’s service in this conflict and for whose contribution to and sacrifice for, the Allied forces’ victory has been obscured in the retelling of the saga.
‘Until lions have their own historians, the history of hunt will always glorify the hunter’ – African Proverb
From War to Windrush is their story.