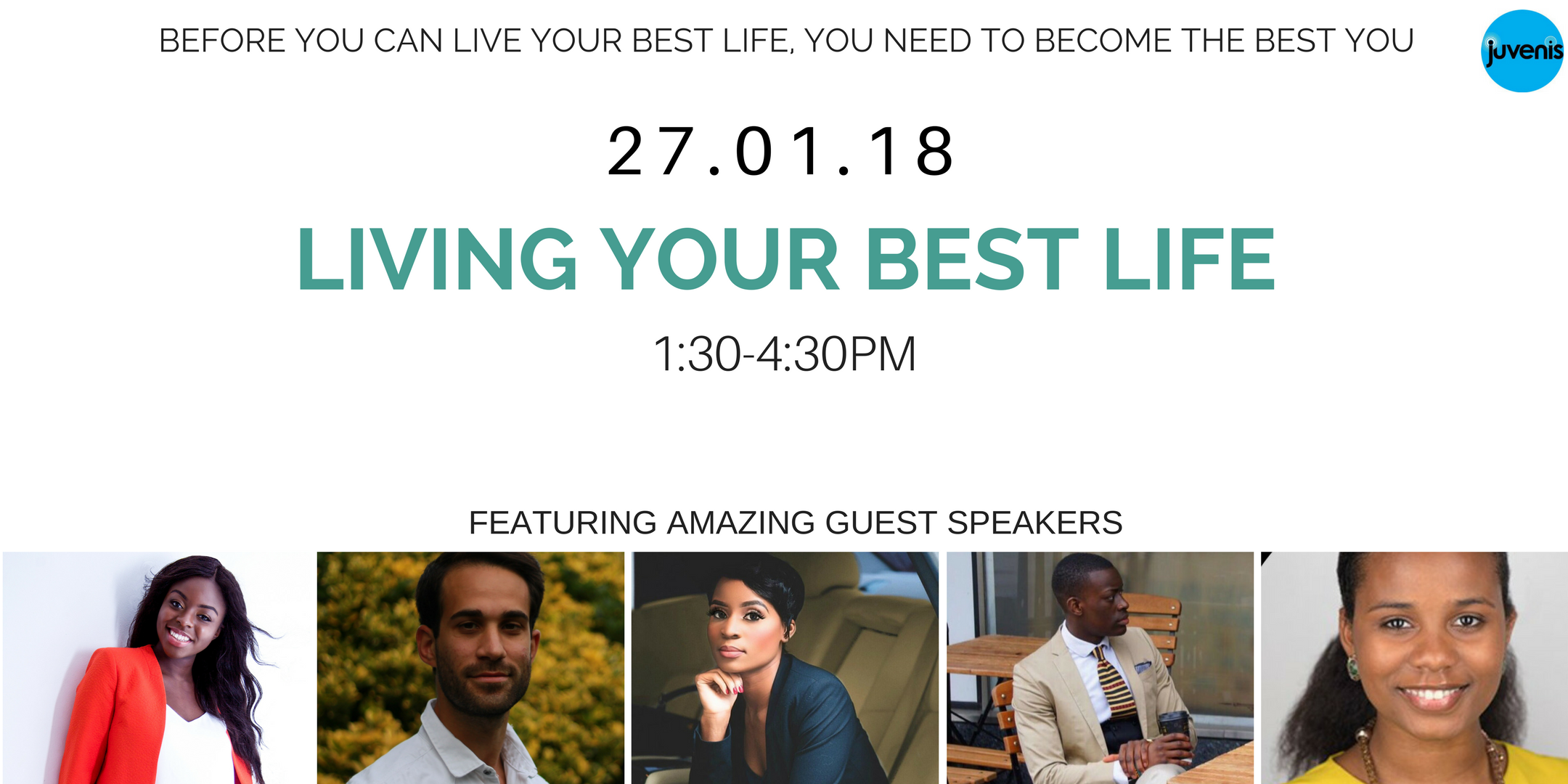 2018 is the year of acceleration! Living your best life is the STANDARD for 2018 but before you can live your best life, you must first become the best you! This event is the first event of many this year, over the course of 2018 there will be different events that will be focusing on your self-development, financial development, skill development and emotional development! 2018 is the year we build YOU! So if you’re a student, entrepreneur, creative, employer or employee who is looking to make the most out of 2018, build solid networks and skillset WHILST developing as a human being..THIS IS THE EVENT FOR YOU.

We have a series of guest speakers who have been able to turn their setbacks into comebacks, by using their life lessons and stories to edify themselves whilst accelerate in life.

Hayley Mulenda is a Multi-Award Winning International Speaker and Author who has directly impacted over 18,000 people across the world with her journey, life lessons and wisdom. She has been featured on London Live, NTV Uganda, and BBC 1xtra. She has been described as  “an inspiration for the next generation” After nearly committing suicide in 2016 Hayley realised how the increasing issue of mental health is affecting young people and BME groups leading her to become an active advocate for mental health amongst young people and BME groups. Her experiences led to her producing a self-help mental health book that helps young people cope with trials and tribulations life may throw at them. Her book “The ABCs To Student Success details strategies on how to turn setbacks to comebacks. Hayley has conducted talks in New York City, Houses of Parliament, Cambridge University and some of the top International schools in East Africa. Hayley is currently the Highly Commended Runners Up for The Queens Young Leaders and has been recognised by 10 Downing Street, Mayor of London, Natwest and BE Mogul as one of the most influential black Entrepreneurs in Britain.

Dr. Ilan Ben-Zion is a Clinical Psychologist working in the NHS and private practice.Ilan feels very lucky to say he loves what he does and always has, ever since he started volunteering for ChildLine in 2007. Following this, he’s had experience working with a wide variety of individuals from children and young people, to adults and military personnel. Currently, Ilan works at Charing Cross Neurorehabilitation Unit, where he supports individuals in recovering from various difficulties such as strokes and brain injuries. He also runs a private practice where he sees individuals, couples and families of all ages. In August 2017, Ilan started the #ihavementalhealth campaign. The campaign aims to spread the message that everyone has mental health. Sometimes it is good, sometimes it’s not, but we all have it all the time. Ilan believes that it’s important that we are able to think and talk about our mental health and take part in activities which help us look after it.

Mariam Mola is an Entrepreneur, Author and founder of Europe’s leading female mentoring initiative, Mentor MatcHER.
Mariam founded Mentor MatcHER after giving birth to her daughter in prison and seeing the lack of support available to women in business and the workplace.
Mentor MatcHER  is committed to transforming the lives of women through mentorship and has worked with some of the country’s most inspirational women in business including Amanda Wakeley OBE, her CEO, Ahyla Fateh, Sarah Curran MBE, Alex Box, Caroline Hirons and Melissa Odabash along with celebrity florist Nikki Tibbles and Sharmadean Reid MBE, to name a few.
Mariam has hosted events at some of the world’s leading brands destinations, namely Conde Nast, Thomas’s at Burberry, Bulgari and the Vogue Cafè. Through this leading initiative, she has supported 500 female startup businesses in just 12 months.
Mariam’s business achievements include launching Europe’s first designer shoe hire boutique in Westfield.

Jeremy Mutebi notably built a company in his university bedroom, which, in his first 10 months of trading, secured £50,000 of investment, all while undergoing his undergraduate degree. Jeremy is in his 3rd year of University, whilst attending a Russell group university, he is also balancing the life of an entrepreneur! He has pitched to Apple, Burberry, and Vogue to name a few. At 20, his clientele includes directors at Natwest. He has spoken alongside a Nobel Prize Winner and has an extensive list of mentors, including millionaires, CEO, and Pastors.

Dara Kirton is PwC Consultant Manager who is passionate about mental well-being and diversity in the corporate world. She has been named by the Financial Times as one of the 2017 EMpower Top 30 Leaders.