London's Debt to and Involvement with Slavery 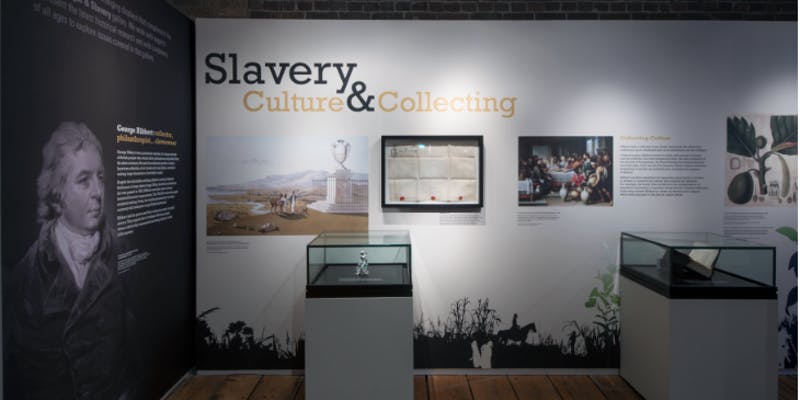 Join Dr Katie Donington, Co-Curator of the Slavery, Culture and Collecting temporary display, and Professor Selwyn Cudjoe to hear about their research on slave ownership and discuss its relevance to London today. Both historians have done extensive research into individuals with London connections who were heavily involved in the slave economy.

Katie Donington will talk about her work on George Hibbert (1757-1837), a leading proslavery advocate whose family were involved extensively in the Jamaica slave economy. Hibbert was a powerful West India merchant, a Member of Parliament and a cultural connoisseur, Donington’s work explores how these different worlds intertwined during the period of abolition.

Selwyn Cudjoe will discuss his biography on William Hardin Burnley (1780-1850), the biggest slave owner in Trinidad who settled there in 1802. It will explore Burnley’s rise to power in the island through/with the support of Joseph Hume, British Member of Parliament who was also his brother-in-law. It will also address Burnley’s racist tendencies

Both talks will be followed by an audience discussion.

Copies of Professor Cudjoe’s book The Slave Master of Trinidad will be available for purchase on the night.