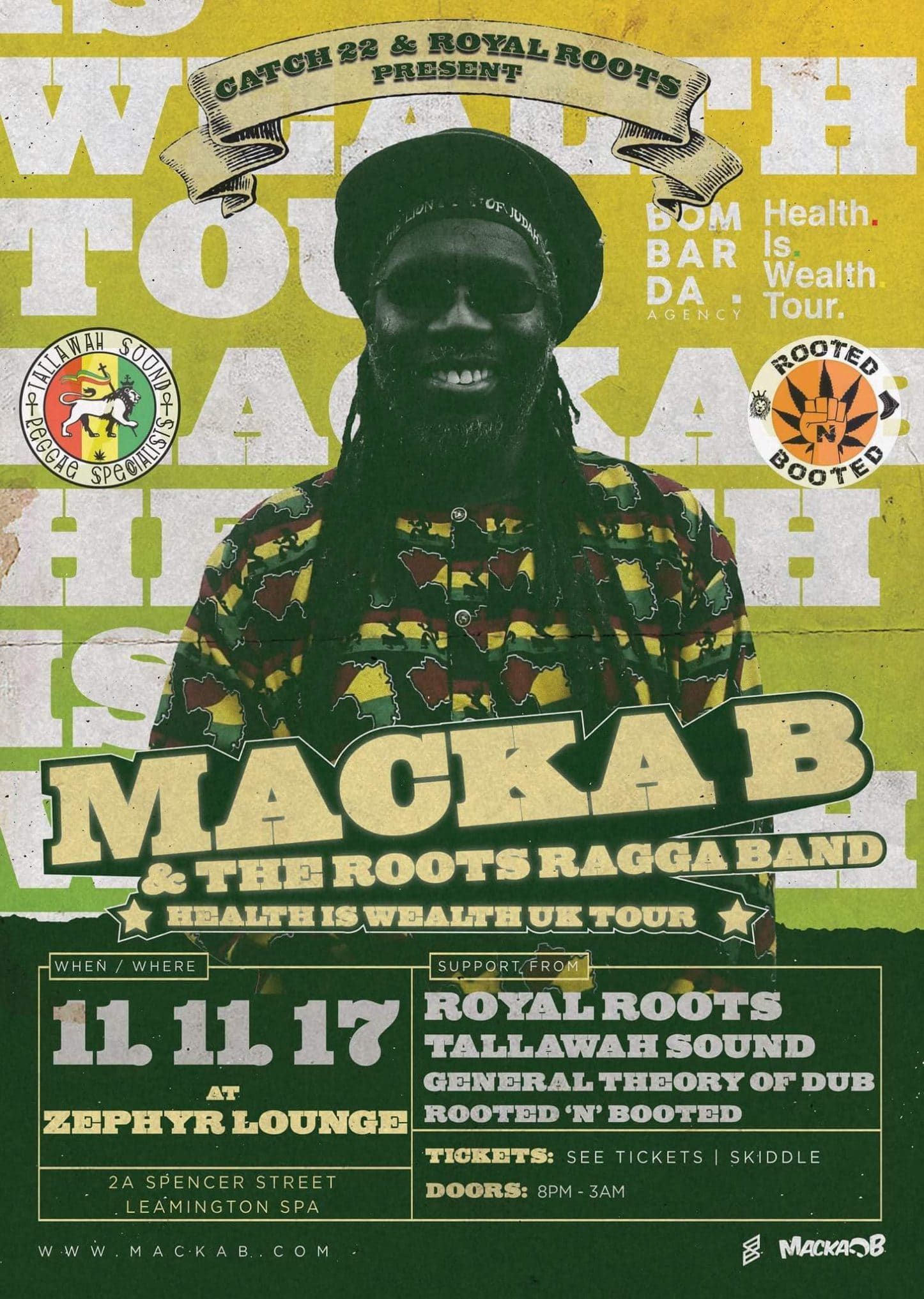 Catch 22 and Royal Roots present Macka B & The Roots Ragga Band on their 2017 Health is Wealth tour!

Macka B has always been interested in music. At a very young age he was impressed by the heavyweight sound system Lord Barley, playing in the blues party next door. The vibrant reggae beat found a place in his heart that remains there to this very day.

Curator of Macka B’s ‘Medical Mondays’ & ‘Wha me eat Wednesdays’ – he is one of Britain’s most influential dancehall toasters, pushing the music back towards a Rastafarian political consciousness. His rough, gravelly vocals gave him an instantly identifiable sound, and his production – chiefly handled by Mad Professor – updated dub reggae techniques for the dancehall age, proving that the two sounds weren’t mutually exclusive.

2017 was witness to Macka B’s latest milestone. He’s dedication to the vegan lifestyle and spectacular weekly food updates allowed him to become a global viral success generating a staggering 50 Million views in less than a month! 2017 also see’s him release his latest album ‘Health is Wealth’ out on the legendary Greensleeves label.

General Theory of Dub – producing and releasing dub and reggae since the 80’s. Guaranteed to get the dance floor moving.

What a line up! Get your tickets early, see you there!

Valid student ID must be shown for tickets bought on student discount.