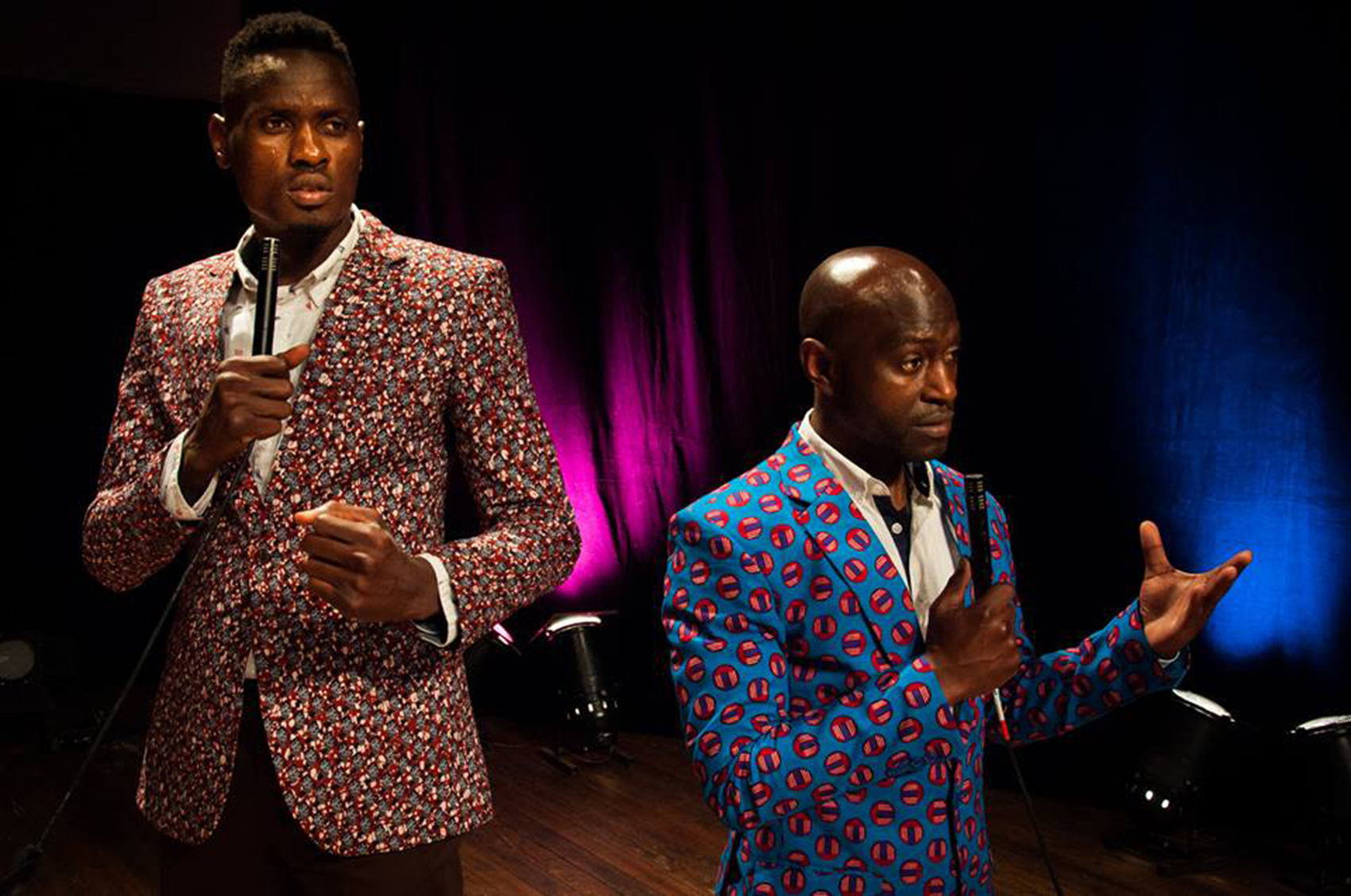 See this bold and interactive performance set in a new utopian nation for African-Europeans and European-Africans.
In this political performance, four Africans living in Belgium attempt to solve the tiresome migration-integration dilemma. Their answer? A new land for African-Europeans and European-Africans, where they themselves determine the norms.
The journey towards this utopian nation is facilitated by an animated debate – the audience choosing the outcome via voting cards.
Reverse Colonialism! is by Ahilan Ratnamohan, with the Star Boy Collective. Ratnamohan is a performance-maker working with unorthodox forms and is inspired by sport, film and language learning processes.
In 2013, he premiered his first work as a director, Michael Essien I want to play as you… in Antwerp which resulted in the formation of the Star Boy Collective – a performance troupe made of West African football migrants.
Most recently, Ratnamohan created a trilogy of works in residence with Homo Novus Festival in Riga.
Reverse Colonialism! is a Monty/A Cultured Left Foot production and was made with financial support from Province of Antwerp and the City of Antwerp. The project was supported through residencies by LIFT and Explosive! Festival.
+ Google Calendar+ iCal Export