Sing Yer Heart Out for the Lads 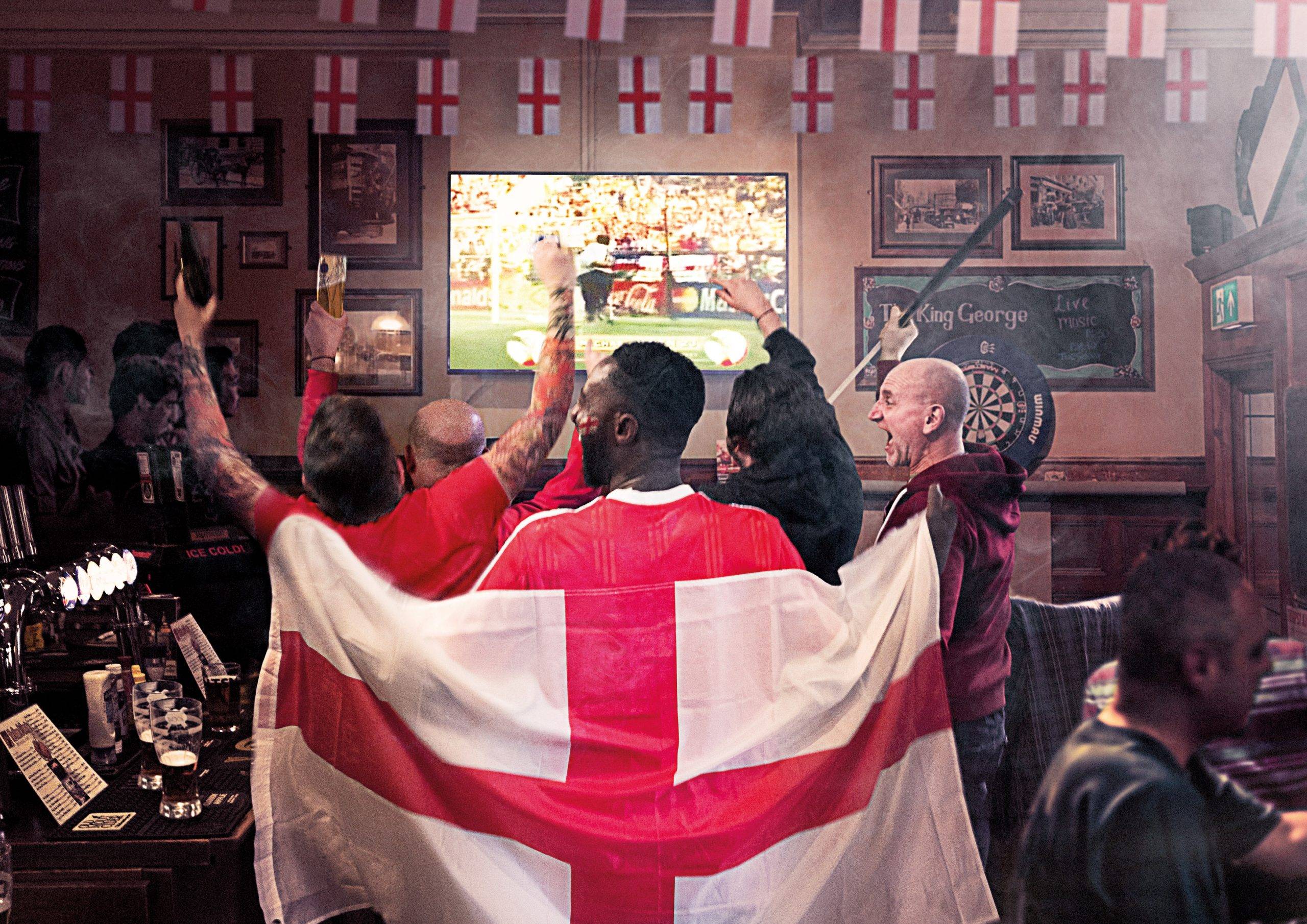 Roy Williams’s SING YER HEART OUT OF THE LADS will be performed in a pop-up venue at Chichester Festival Theatre, the Spiegeltent, which will be transformed into a pub setting to create an immersive theatrical experience.
Saturday 7 October 2000. Gina, landlady of The King George pub, has a lot on her plate. The England vs Germany World Cup qualifying match is about to start, the pub football team is about to charge in and the TV’s on the blink.
Over the next few hours, national defeat looms and tensions rise, fuelled by the fury of the pub team captain, Lawrie, and the propaganda of right-wing extremist Alan. And while policeman Lee struggles to keep the peace, squaddie Mark and Gina’s bullied son Glen are fighting their own demons.
Roy Williams’s funny and disturbing play takes aim at what it means to be black, white and English in Britain today. Scoring high on foul language, this immersive production is not for the faint-hearted. Directed by Nicole Charles.
For ages 16+