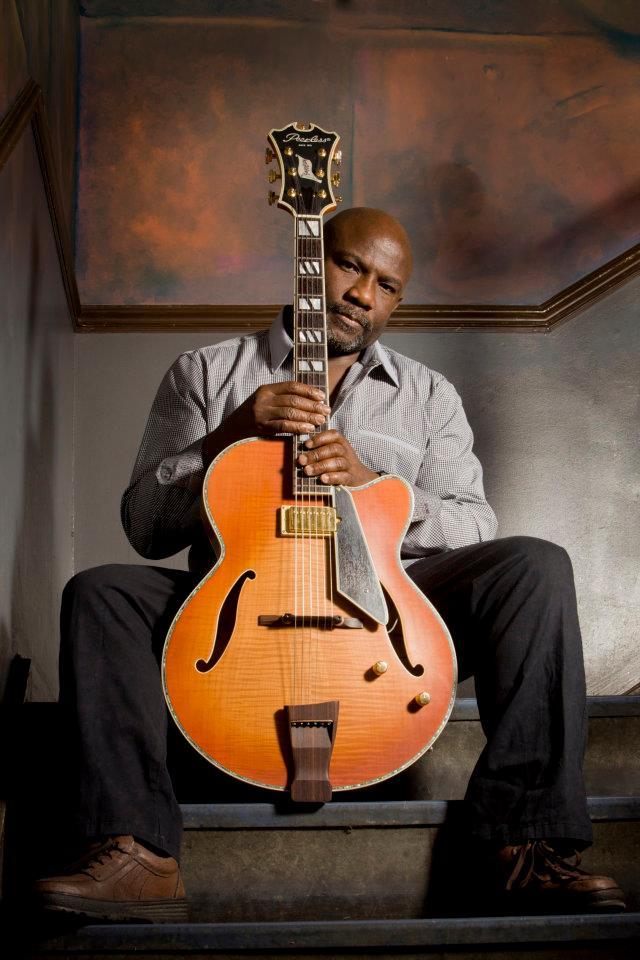 Cameron Pierre again graces the stage of the Smooth Jazz Lounge. Having wooed the crowd earlier this year, he now brings his style to the stage of the Vortex in Dalston.
Born in London, Cameron was raised on the Caribbean island of Dominica. Cameron’s early musical influences were Bob Marley, Burning Spear, Jimmy Cliff and a host of artists from that era.
At sixteen he taught himself to play the guitar, and it was within the Reggae genre that he first established himself. Working with Jamaican artists including Clint Eastwood, General Saint and Barrington Levy.
Then came the slow discovery of George Benson and Charlie Christian. And through them Wes Montgomery, Miles Davis and Charlie Parker. Since then Cameron has gone on to work with Courtney Pine, Pee Wee Ellis, Orphy Robinson, Mighty Sparrow, Ernest Ranglin amongst others.
As his own musical direction veered towards jazz, he remained in demand on the Calypso and Reggae circuit. A stalwart of the British jazz scene since the 80s, he was invited by renowned British saxophonist Courtney Pine to join his band and has since become an integral part of the group both as a recording and live artist.
In 1997, Cameron released the first of his five solo albums, Friday Night, to wide critical acclaim. His approach is undeniably indebted to that of his two great heroes, Wes Montgomery and George Benson, but infused with a bounce and vitality that belongs only to him. He has received glowing reviews from all over the world for his warm, dexterous sound and his self-deprecating and engaging stage presence”