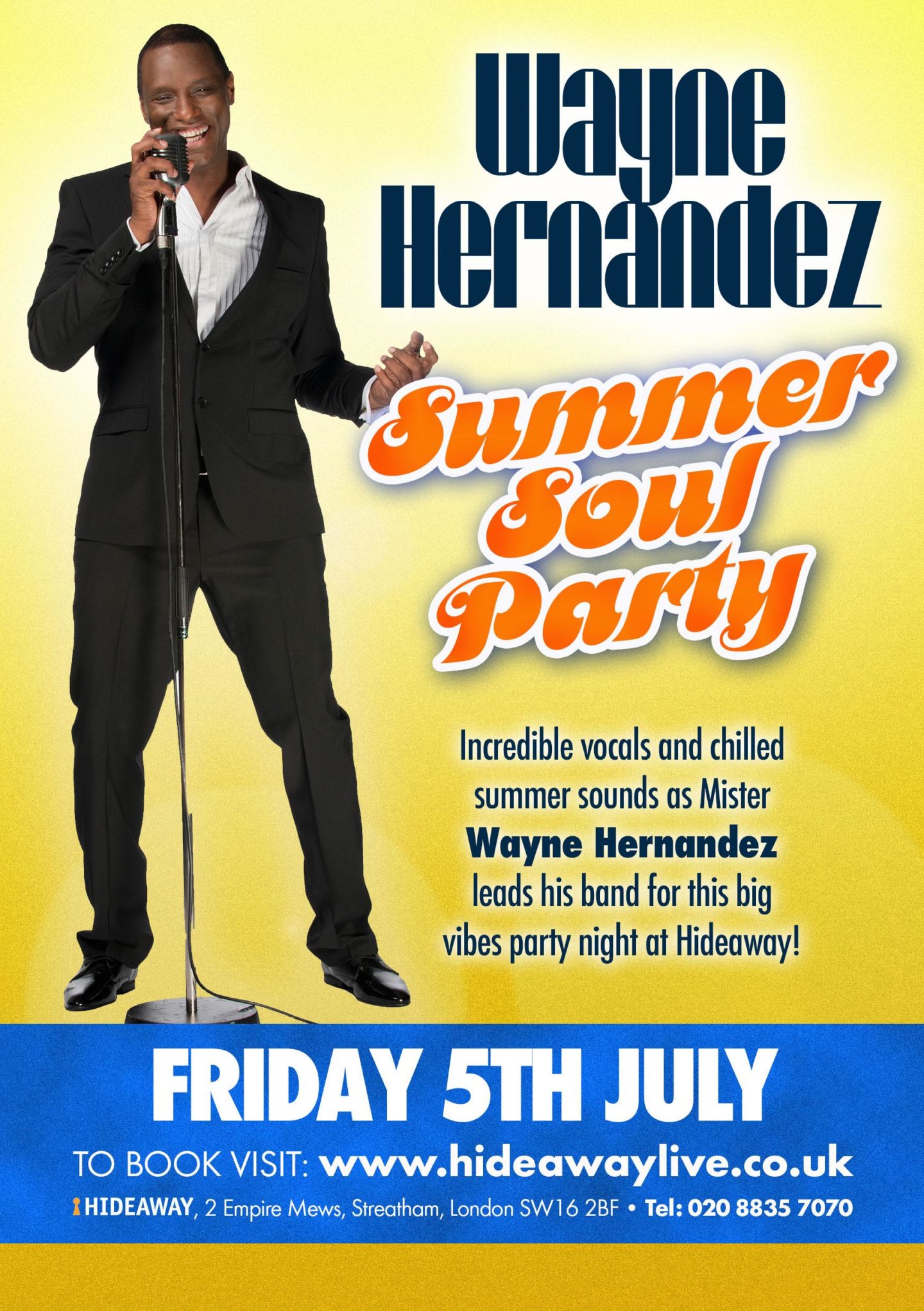 “…it was clear that Wayne had a very special talent, his voice, it was simply breathtaking” Livemusic.fm

Join Wayne Hernandez, a smouldering front-man with soul-melting vocals, as he takes a break from his hectic touring schedule – heavily in demand as a first choice vocalist for stars past and present including Gorillaz, Tori Amos, Blur, Grover Washington, Roberta Flack, Tina Turner and Madonna. He has also toured extensively with Kool and the Gang and Regina Bell.

With an Afro-Cuban heritage, he continues to work with the London Community Gospel Choir, and has also worked in New York for a number of years, gaining musical influence from many directions. Wayne describes his sound as “…a living fusion of music styles from the Black music scene”. This multi-talented artist, also a well-established songwriter and producer, revels performing his brilliant sets of powerful groove music that define the word ‘Soul’.