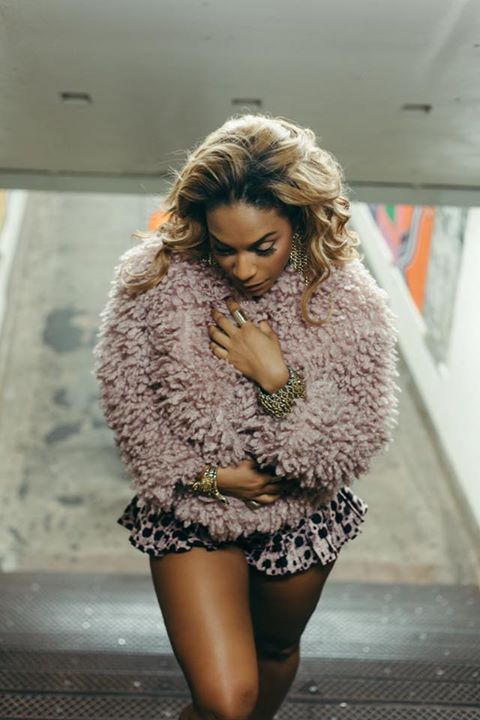 Teedra Moses was born and raised in New Orleans, Louisiana to a gospel singing mother, Shirley Moses. She later moved to Los Angeles, California with her mother and three siblings after her parents’ separation. Prior to becoming a recording artist, Moses worked with her best friend Nonja McKenzie as an assistant wardrobe stylist for artists such as Will Smith, Kelis, R. Kelly, and No Doubt. Never once approaching any of the clients, it wasn’t until after the death of her mother that Moses decided to follow her heart and begin making music. Following this epiphany, Moses teamed up with producer, Paul Poli and signed with the then Number 1 Indie Record Label, TVT Records, in 2002, to release her debut album Complex Simplicity in August 2004. Complex Simplicity included fourteen tracks all self-penned by Moses with dominant production by Poli; which lead to the well deserved executive production credit by both Moses & Poli. With TVT Records now defunct, Moses never had the opportunity to commercially release a sophomore album. Although still most notably known for the “critically acclaimed ”album Complex Simplicity which spawned records such as Be Your Girl, Backstroke and Take Me featuring Raphael Saadiq, Teedra Moses has released three independent, all-original “Mixtapes” for fans of her music. In addition to executive producing and penning all the lyrics on her own project, Moses has written songs for other artists including Christina Milian, Mary J. Blige, Macy Gray, and a host of others. As a Grammy-Nominated Songwriter and BMI Songwriter of the year, for 2 consecutive years, Teedra Moses has used music to inspire others for over 10 years. Moses is currently on “Family Ties” from Rick Ross’ Hood Billionaire album as well as the ambiance vocals on Rick Ross’ previous projects “Nobody” featuring Diddy and French Montana from the Mastermind album, and “Amsterdam” from one of the most anticipated albums of 2012, Rick Ross’ God Forgives I Don’t. In addition, Moses is featured on and co-wrote three songs from Self Made, the Maybach Music Compilation released in 2011, as well as Big Boi of Outkast “Turn Me On, ”featured on and co-wrote two songs from Raphael Saadiq’s 2004 album Ray Ray, “Chic” and “I Want You Back”. Her songs have been showcased in the Logo series Noah’s Arc as well as in the HBO hit show Entourage, movies such as Never Die Alone, Beauty Shop, Be Cool and The Skinny. With over 10 years of live performance, selling out intimate venues around the world, and a stream of mixtapes, Moses is riding high on only her second commercial release in a decade. Cognac & Conversations released August 7, 2015 debuted at number 5 on iTunes R&B charts and number 7 on Billboard R&B charts. Moses is currently about to release new music in the shape of an EP in spring 2018 and this date marks a Manchester debut.