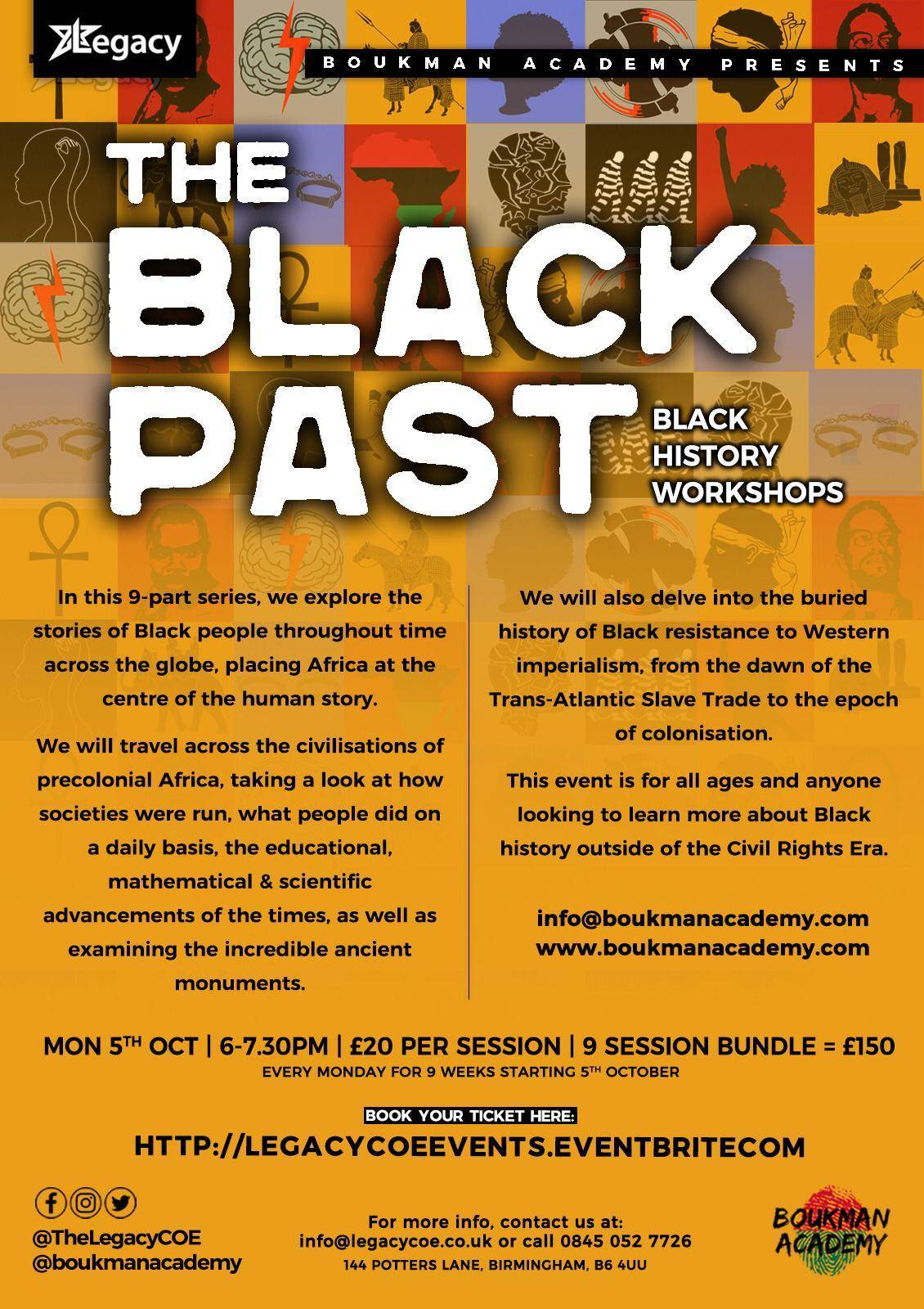 In this 9-part series, we explore the stories of Black people throughout time across the globe, placing Africa at the centre of human life.

We will travel across the civilisations of precolonial Africa, taking a look at how societies were run, what people did on a daily basis, the educational, mathematical & scientific advancements of the times, as well as examining the incredible ancient monuments. We will also delve into the buried history of Black resistance to Western imperialism, from the dawn of the Trans-Atlantic Slave Trade to the epoch of colonisation.

North Africa has an ancient and rich history, hosting the richest city-states of the ancient world. This week we will be discussing the development of Carthage and its relationship with the people of Mediterranean Europe. We will also explore the civilisation of the Moors and their occupation of Southern Europe as well as the Black presence in medieval Britain.

This event is for all ages and anyone looking to learn more about Black history outside of the Civil Rights Era.