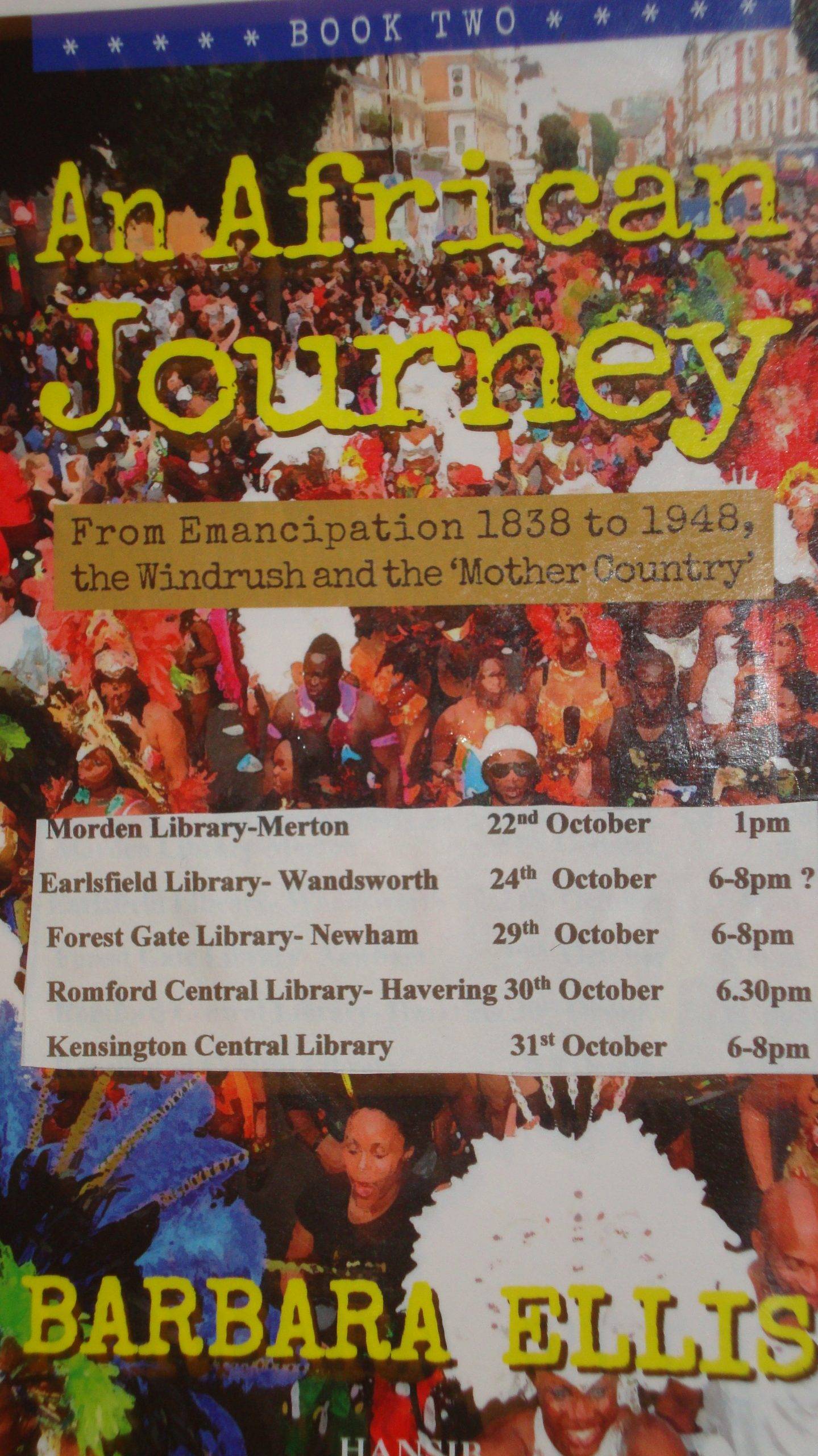 ‘An African Journey Book 2 is a living document on tenacity and survival’.
Dr Grenville Ashby, Reviewer.
The talk  will focus on how the ‘so called Windrush Generation’ was created after Emancipation 1838; while linking their presence in the islands and mainland of the Americas back to the forced enslavement, the buying and selling of Africans from the 14/15th century onwards, first by Arabs and then the major European nations at the time.
After Emancipation in 1838, the freed Africans thrust aside their past enslavement forcefully, they did not look back. Their mission was to achieve total economic, social, political and personal liberation. Their achievements in the islands and the mainland were impressive, but the destructive policies of the former slave masters and their government to maintain the status quo constantly worked against their drive for economic and self-development. Their objective was to become the people they were born to be, so they set about achieving their inborn aspirations in the United Kingdom from 1948, energetically.
Daily, from their arrival they lived, experienced and fought against the ‘hostile environment’ they had been invited and recruited into, to attain the economic and social goals they had set for themselves and their families.
Sixty-six years later, the British Government’s Immigration Act of 2014, shamelessly removed the automatic right to citizenship, to work, health care and social entitlements of hundreds of this generation and left them and their families in catastrophic circumstances.
Finally, the 2014 Act had named and acknowledged the experiences they and their ancestors had suffered and endured from the 15th century onwards, the Windrush Scandal, 2018.
Barbara Ellis Author/ Presenter