The Dons of Comedy 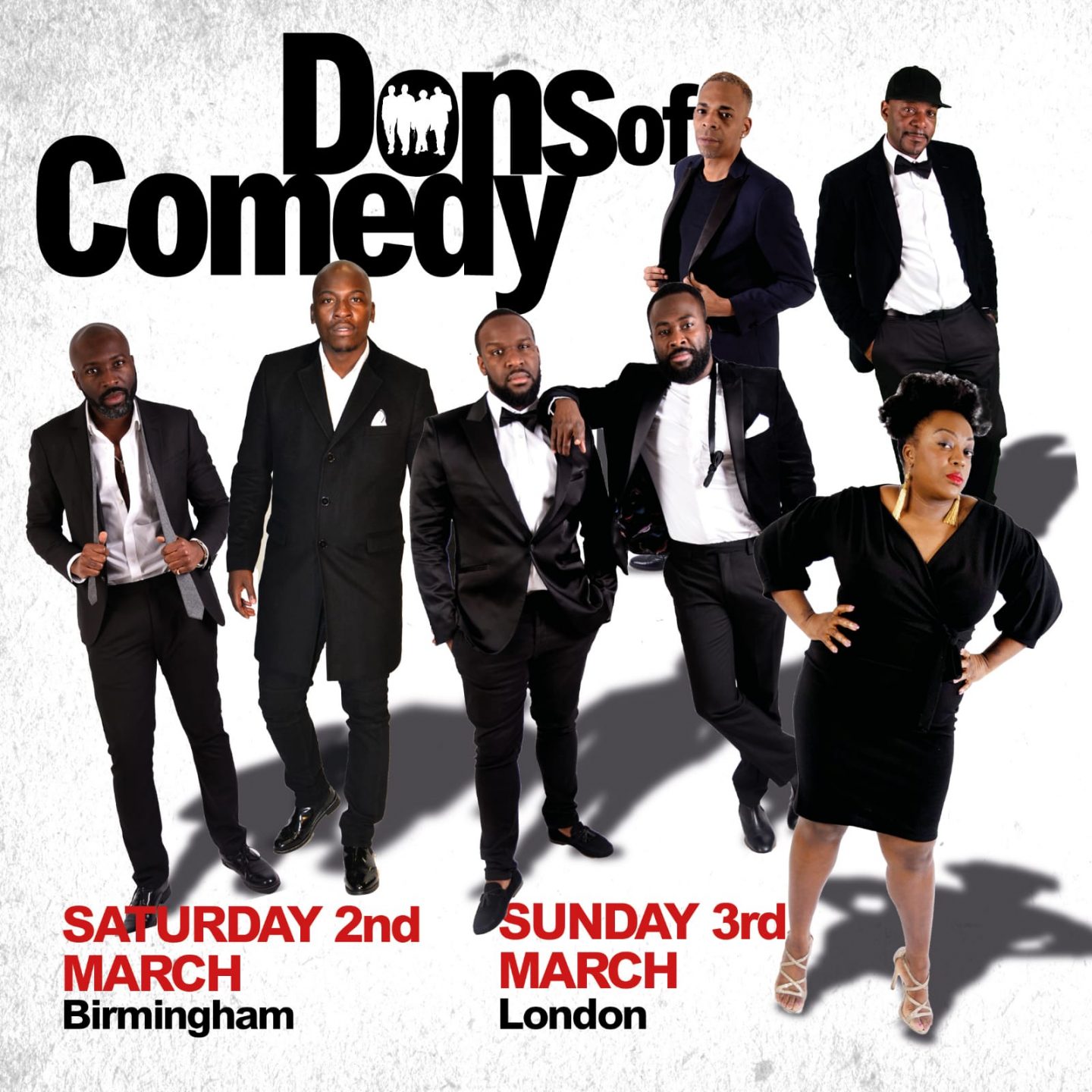 Harmony Productions is the undisputed urban king of comedy and arguably UK’s most authoritative theatre voice with whom and what is relevant and exciting within urban comedy. Kennedy the producer/promoter and host has written an incredible chapter in the history of urban UK comedy by working with, developing and producing artist (Kevin Hart, Eddie Griffin, Richard Blackwood, Gina Yashere) and shows (As Good As It Gets, Comedy Face Off) that excite and amaze the African-Caribbean community at large and in March 2019 will be no different as comedy goers in England will see, as Harmony Productions celebrates its 18th year anniversary. To mark this special occasion Harmony Productions has brought back one of its best brands that started 10 years ago, DONS OF COMEDY.
For this unique production Harmony has handpicked a star studded line to perform on this special night which features only the best of the best in urban comedy; Kane Brown, Danny “Slim” Gray, Kojo Akoto, Axel Blake, Eddie “Congo” Kadi, Judi Love and hosted by Kennedy. This will be a side splitting, rib tickling night of a comedy show, no holds barred. If you have or haven’t been to an urban comedy show, expect this to be the one that makes you realise the immense quality and talent this is hidden within this community.
Harmony Productions is happy to announce two new venues for urban comedy in London and Birmingham. Alexandra Palace Theatre in North London originally opened in 1875, now with a £20 million facelift is to become the new home of urban comedy. After 80 years of slumber high above London this hidden gem is coming back to life with the DONS OF COMEDY. Meanwhile the 2nd biggest city in England will get a treat with a new classy home of urban comedy The Hagley Suite within Ibis Hotel. This banqueting suite offers a luxurious ambience, rich in hand crafted details that allow comedy goers to celebrate and enjoy in a completely comfortable grandeur.
If you love laughter this is a show not to be missed and these dates set in your diary to attend.
MARCH 2019
SAT 2nd MARCH – BIRMINGHAM The Hagley Suite www.theticketsellers.co.uk
SUN 3rd MARCH – LONDON – Alexandra Palace Theatre www.seetickets.com
or more information Kennedy Charles (Harmony Productions)
ken@harmony-productions.com (07956 398 530) or Chris (07941 769 547)