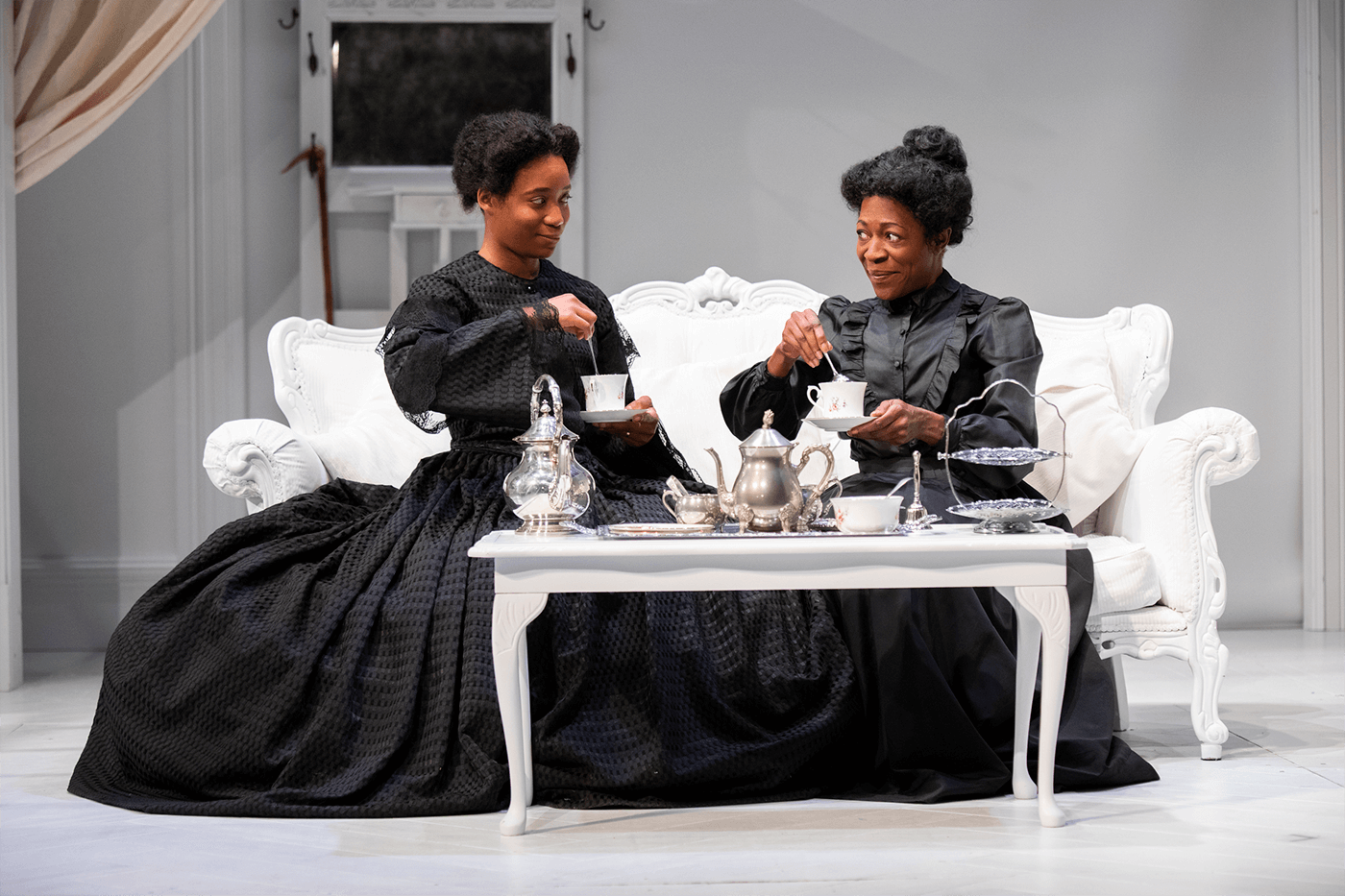 Brighton, 1862. A day in the life of Sarah, an African girl, adopted by Queen Victoria and raised in the Queen’s circles. Today is the eve of her having to return to Africa but will she go?
The Present. A day in the life of Sarah, a black middle-class woman staying in a Cheshire village with her husband and small child. They are paid a visit by well-meaning neighbours who have something to confess…
The two Sarahs meet Queen Victoria for tea. This won’t be your regular tea party…
Written by Bruntwood Prize-winning playwright Janice Okoh and directed by Dawn Walton, The Gift is the fourth national tour born from Revolution Mix – an Eclipse Theatre movement, spearheading the largest ever delivery of new Black British stories.
Past stories from Revolution Mix include the sell-out production of Black Men Walking (nominated for UK Theatre Awards’ ‘Best New Play’ and Writer’s Guild Awards’ ‘Best Play’) and 2019’s highly acclaimed Princess & The Hustler.
Praise for previous Revolution Mix stories:
★★★★★
“An important, political, poignant work that dismantles stereotypes”
The Stage, on Black Men Walking
★★★★
“A crucial slice of black British history”
The Guardian, on Princess & The Hustler
★★★★
“Richly textured, passionate and enormously affecting. Beautiful.”
The Times, on Princess & The Hustler
Presented by Eclipse Theatre and Belgrade Theatre Coventry