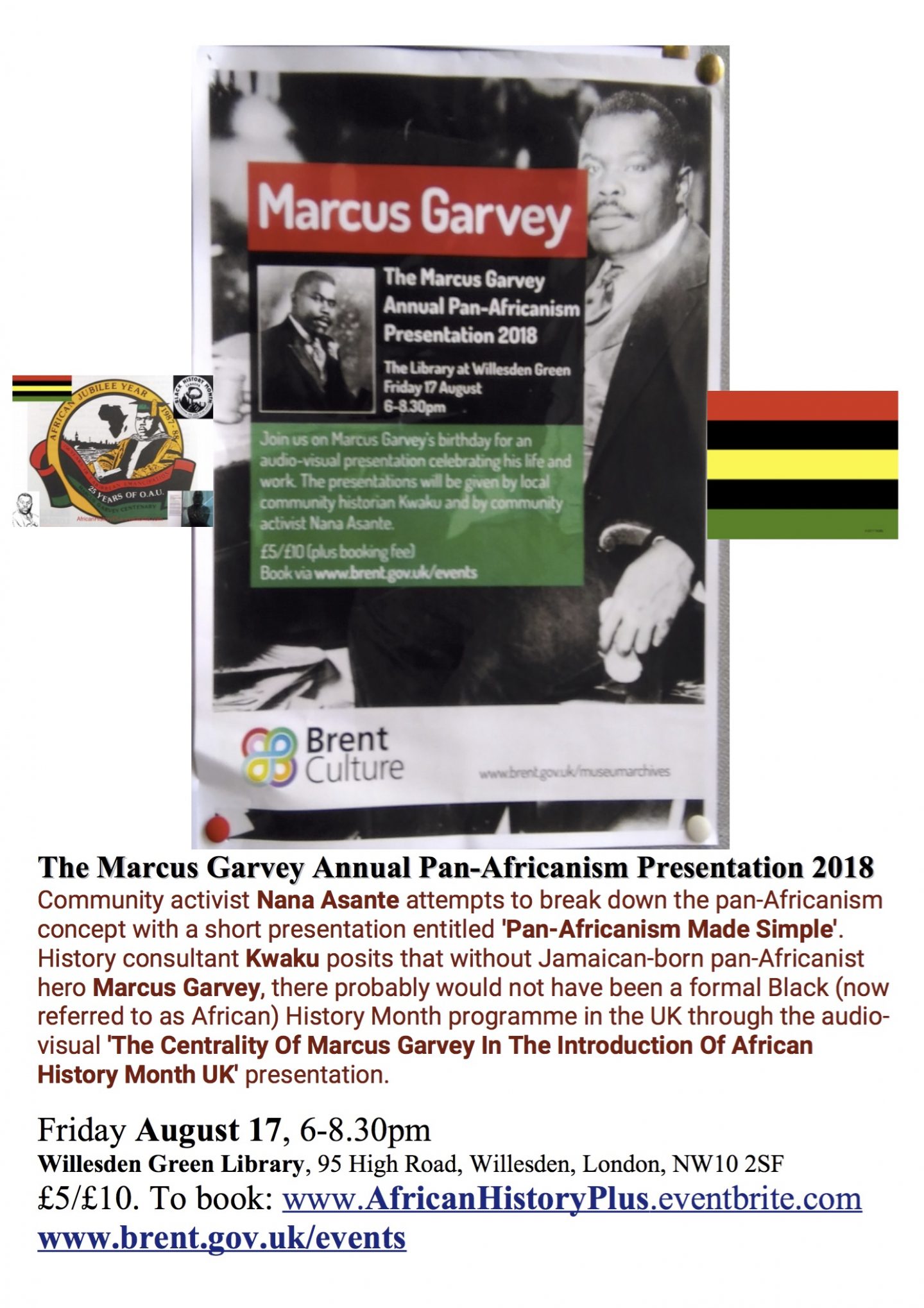 Although the concept of pan-Africanism has a long history, it is not easily defined and means different things to different people. Community activist Nana Asante attempts to break down the concept with a short presentation entitled ‘Pan-Africanism Made Simple’.
Some 30 years ago Black (now referred to as African) History Month was introduced in the UK. History consultant Kwakuposits that without the Jamaican-born pan-Africanist hero Marcus Garvey, there probably would not have been such a formal African history programme.
Through the audio-visual ‘The Centrality Of Marcus Garvey In The Introduction Of African History Month UK’ presentation, Kwaku will firstly show how the importance of African history within Garvey’s Universal Negro Improvement Association-African Communities League (UNIA-ACL) organisation can be found in the 1920 Declaration Of The Rights Of The Negro Peoples Of The World, which inspired the 2014 declaration making August 31 African History Reflection Day.
In the mid-1980s the identity crisis of a young African boy named Marcus, after Garvey, sowed the seeds that led to the GLC (Greater London Council) delivering African history prgrammes before its demise in 1986. In 1987, with input from various Garveyite organisations, notably the Marcus Garvey Centenary Committee, the African Jubilee Year 1987-88 programme was delivered by GLC-successor organisation LSPU (London Strategic Policy Unit) and community organisations. The legacy of the Year is African History Month and the tenets of the Aftican Jubilee Year Declaration.
Come and hear Kwaku, who has interviewed key people within this narrative and delved into the GLC/LSPU archives, bring to life a little known African British history! Presentation is followed by a Q&A session.
Produced by BTWSC/African Histories Revisited in association with Friends Of Marcus Garvey Bust Collective @ WGLC andBrent Museum and Archives. For enquiries: btwsc@hotmail.com.
Book at http://bit.ly/MGPAAP2018