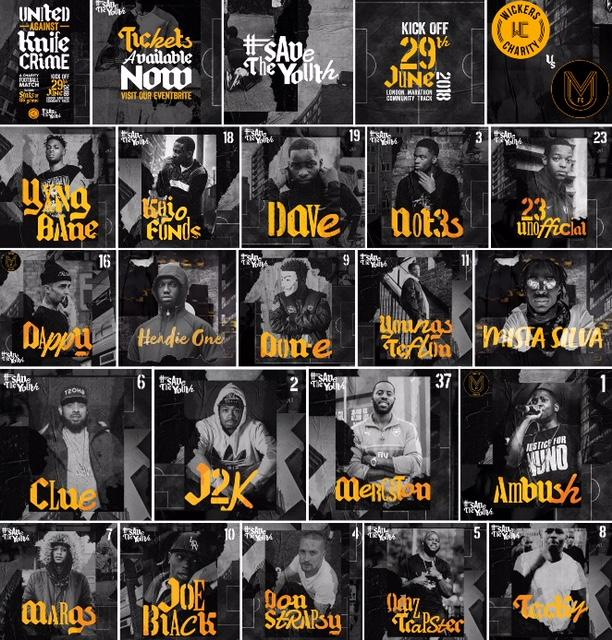 The knife crime rate in London spiralling out of control . The youths need to be inspired by their ROLE MODELS.

Enough is enough and we want to raise this issue that’s destroying our communities.  London has surpassed New Yorks’s murder rate and this is an outrageous statistic. Hackney Wick Football Club is standing up to this and we have invited the top UK rap and grime stars to come together to give hope to the youths through football, community and music.

With entertainment, music, challenges and lots of family fun come and #savetheyouth

Proceeds will go back into the Hackney Wick Football Club running costs and the services we run in our community. This event will be supported by The Wickers Charity and club sponsors Aitch Group