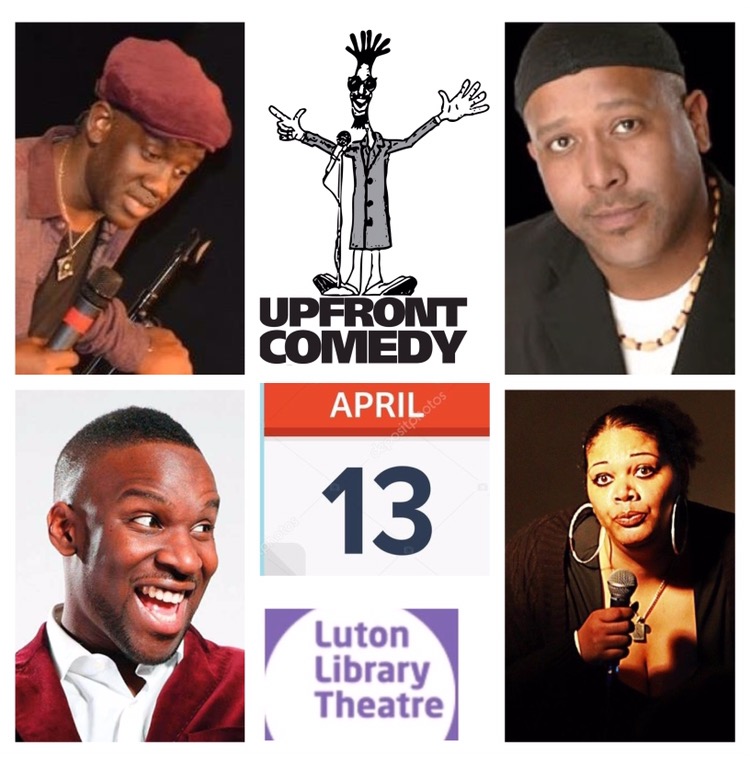 No fools can be found in our April comedy line up with comedian turned Teletubby, John Simmit!
John will introduce a hard-hitting, heavyweight line up, featuring Upfront favourite Curtis Walker as headliner. Axel Blake, fresh from selling out London’s O2 Indigo with his debut solo show; plus French, fierce and funny Arielle Souma, who’ll be adding female wit and intelligence to the jokey testosterone.
Age guidance: 16+
‘The most enterprising black comedy promoters in the country’ The Guardian