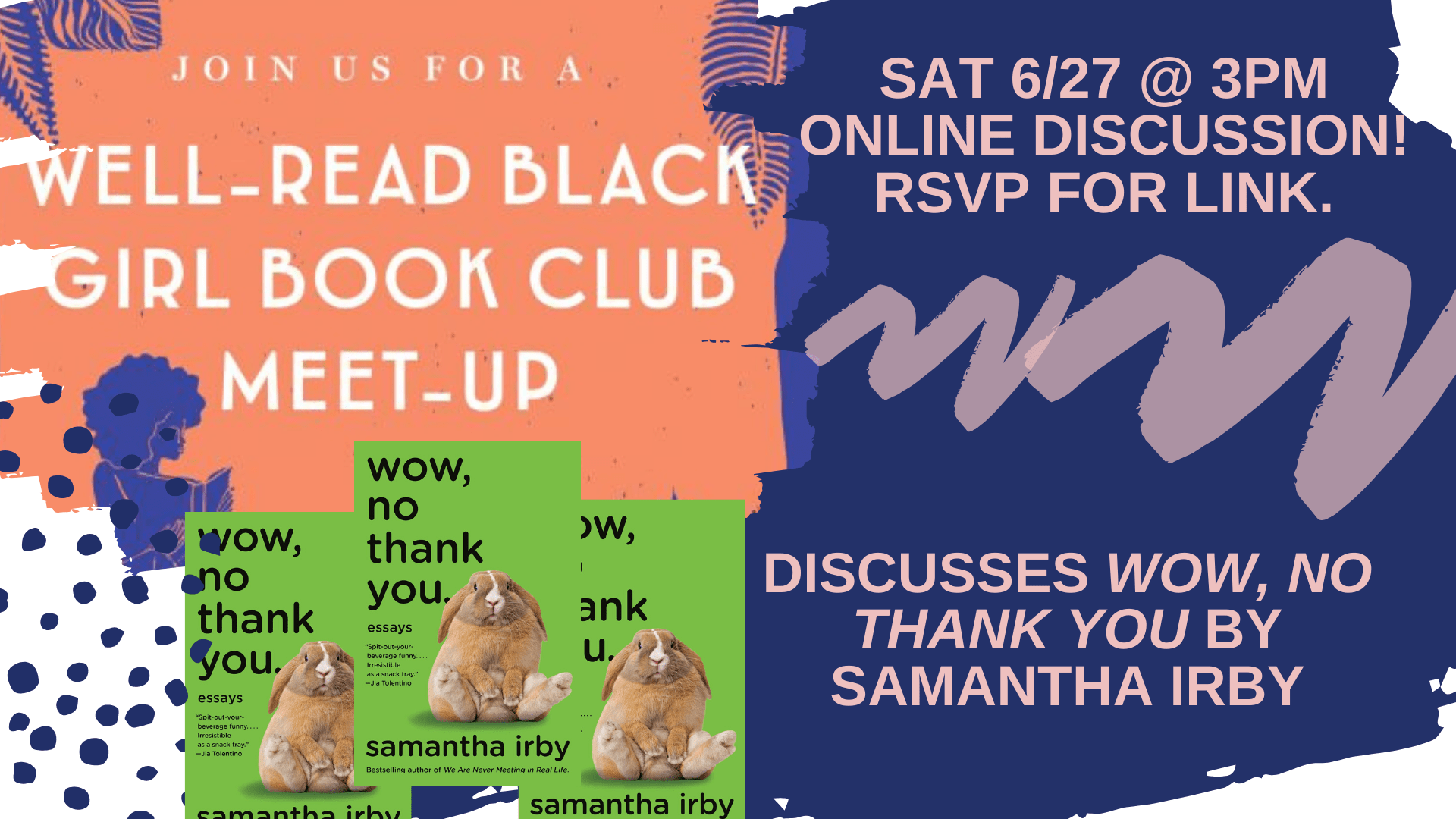 The Well-Read Black Girl Book Club is a national book club started by Glory Edim that meets physically within Indie Bookstores. We read books that center on Black women and non-binary folk’s stories and all are welcome to attend. The club reads a variety of genres, classics, new literature and nonfiction, and YA that covers the breadth of experience from the diaspora. Loyalty’s club often reads along with the national club recs and sometimes reads local area authors from Chocolate City. We often feature selections from the Well-Read Black Girl Anthology as well.

A Most Anticipated Book according to:

“Stay-up-all-night, miss-your-subway-stop, spit-out-your-beverage funny…. irresistible as a snack tray, as intimately pleasurable as an Irish goodbye.”

Irby is forty, and increasingly uncomfortable in her own skin despite what Inspirational Instagram Infographics have promised her. She has left her job as a receptionist at a veterinary clinic, has published successful books and has been friendzoned by Hollywood, left Chicago, and moved into a house with a garden that requires repairs and know-how with her wife in a Blue town in the middle of a Red state where she now hosts book clubs and makes mason jar salads. This is the bourgeois life of a Hallmark Channel dream. She goes on bad dates with new friends, spends weeks in Los Angeles taking meetings with “tv executives slash amateur astrologers” while being a “cheese fry-eating slightly damp Midwest person,” “with neck pain and no cartilage in [her] knees,” who still hides past due bills under her pillow.

The essays in this collection draw on the raw, hilarious particulars of Irby’s new life. Wow, No Thank You. is Irby at her most unflinching, riotous, and relatable.