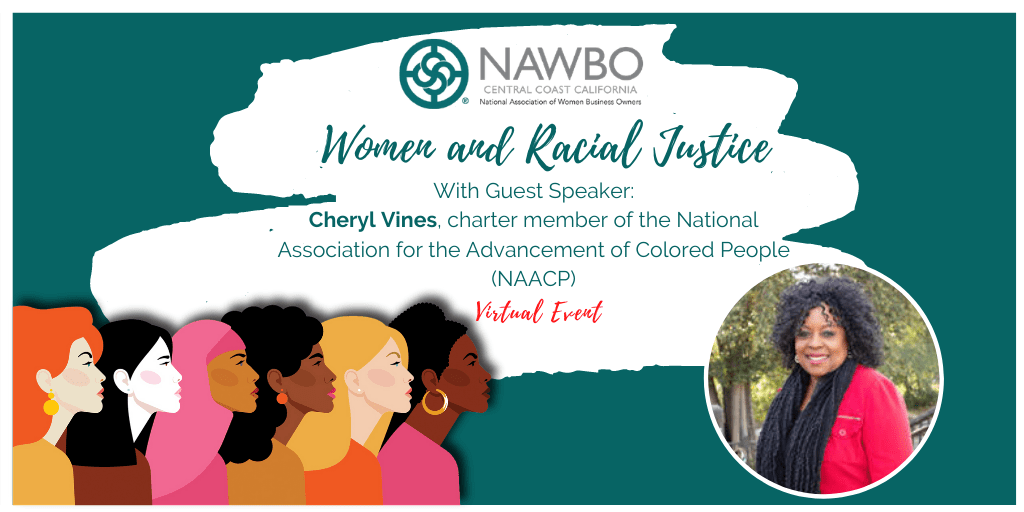 Cheryl Vines will lead a frank discussion on racial justice, women’s issues and her role in the formation of the local NAACP Branch.

Cheryl is a native Californian and has lived on the Central Coast most of her life.

She grew up in Nipomo, where she resides with her husband of thirty-seven years. She is Owner/Interior Designer of Mesa Design Group, a full service interior and landscape design firm. Cheryl received her formal education in Interior Design from UC Riverside.

While attending Fresno State in the early seventies she became active in the Civil Rights and the National Farm Workers of America Movements. During that time she helped organize campus sit-ins and marches. Some of her fondest memories were when she marched along side of Angela Davis and Cesar Chavez.

Cheryl is an active member in her community and is one of the founders and a charter member of the National Association for the Advancement of Colored People (NAACP) SLO County. She is currently the secretary and chair of WIN (Women in the NAACP).