Being Black and Muslim 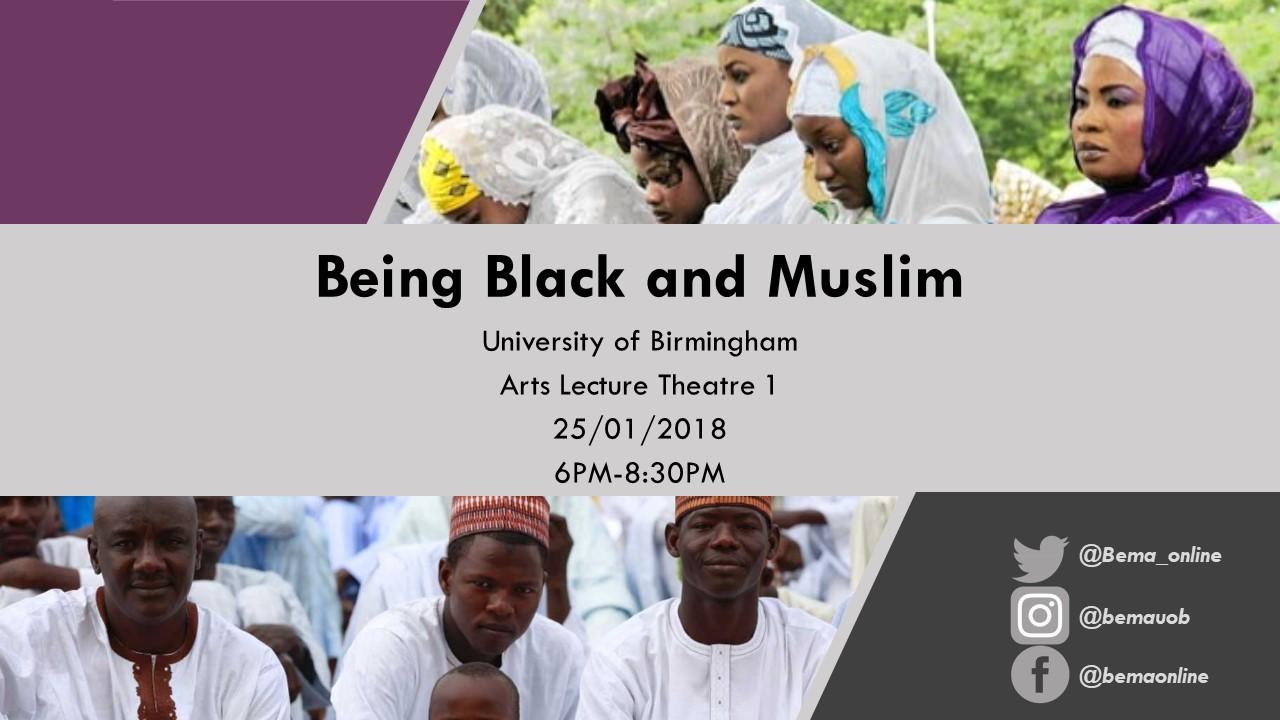 Given the recent events with the Libyan Slave Trade and the rise in Islamophobia, Black Muslims not only deal with this but also endure macro/microaggression by their fellow Muslim brothers and sisters. As an association that represents BME students, we thought to hold an event named ‘Being Black and Muslim’, in which we discuss the complexities of this identity, the drawbacks, the strengths and experiences.

We invited guest speakers to discuss such topics: