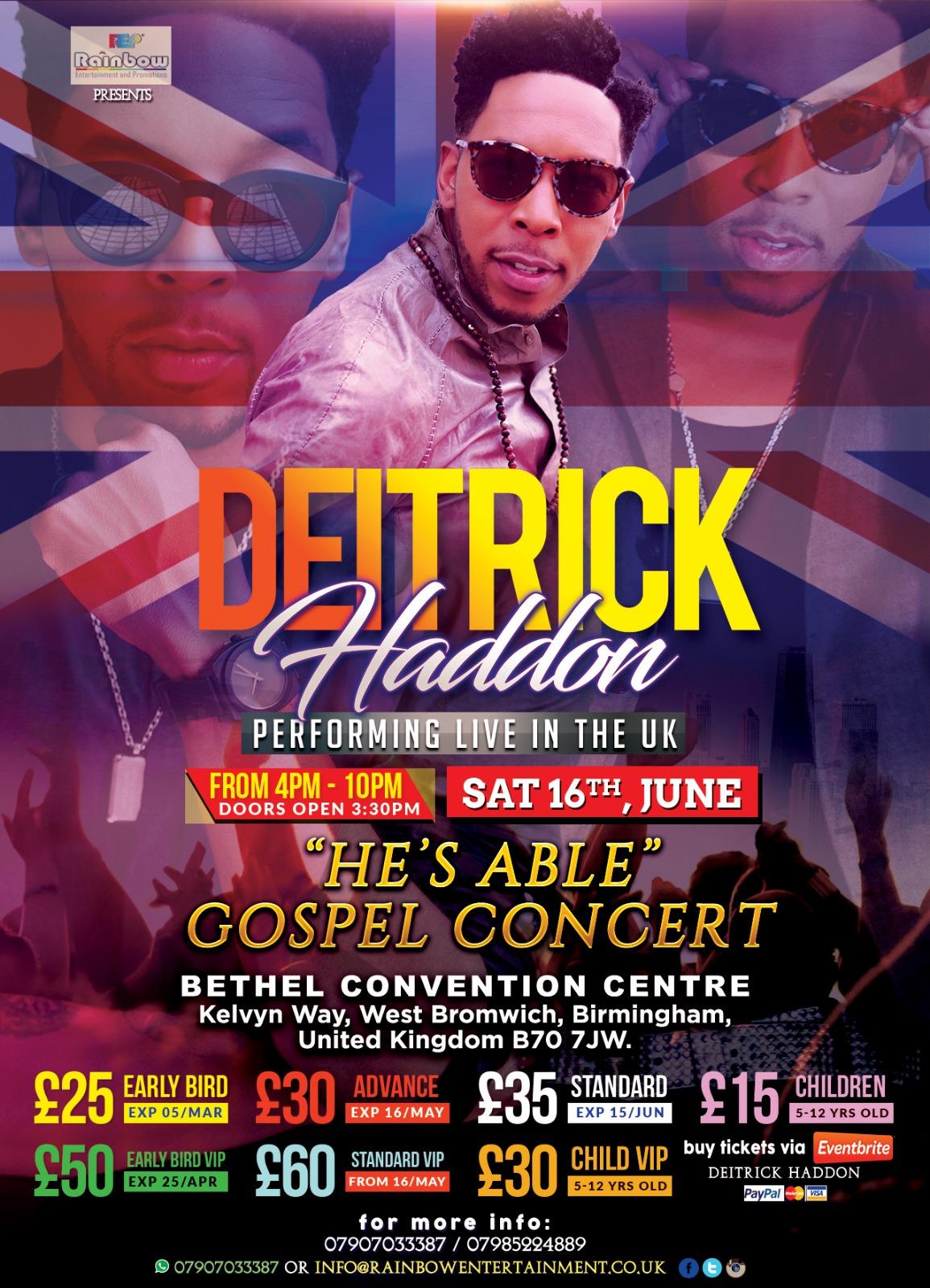 Ps Deitrick Haddon is a Contemporary gospel artist born and raised in Detroit, Michigan, where he served as Pastor and Music director at Detroit’s Unity Cathedral of Faith.As the son of Bishop Clarence Haddon and Prophetess Joyce Haddon, he grew up in the church and preached his first sermon at the age of 11.

Deitrick Haddon and his Voices of Unity drew upon both secular and spiritual influences to create a sound they dubbed “gospel soul.”

Signed to the Tyscot label, the group debuted in 1995 with Come Into This House. Two years later, Haddon and company issued Live the Life, which scored Gospel Music Workshop of America Excellence Awards in the categories of New Artist of the Year:

*Urban Contemporary and Album of the Year:

Haddon went solo and signed to the Verity label. Through releases such as  Lost and Found (2002),

Haddon maintained his reputation for pushing the boundaries of contemporary gospel. During the mid-2010s, he became even more visible through the reality series Preachers of LA

He continued to release albums that topped Billboard’s Gospel Chart, including Deitrick Haddon’s LXW (2014) and Masterpiece (2015).

Do not miss him live with his band in Birmingham at Bethel Convention Centre on the 16th of June 2018.

Grab a VIP Ticket and have a MEET AND GREET with Ps Haddon. ONLY LIMITED VIP TICKETS.