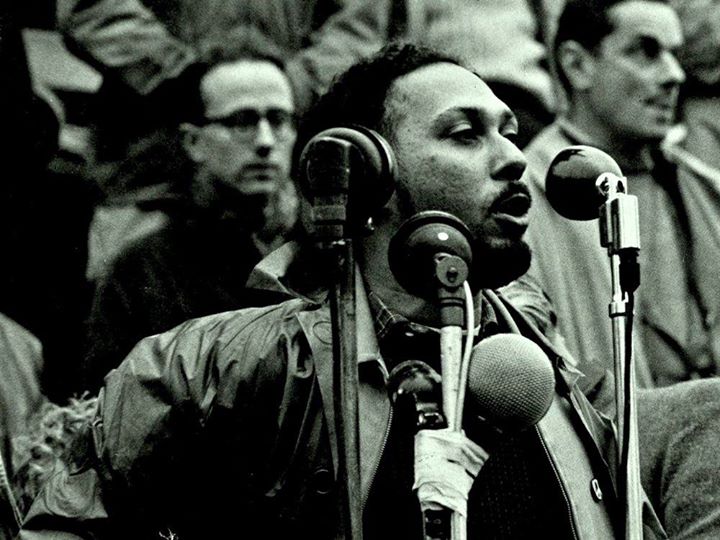 Made from artfully assembled fragments of film, television, radio and photographic archives, this recent documentary by the award-winning Bristish director John Akomfrah presents the story of the astonishing life of a black intellectual in post-colonial Britain.
Stuart’s sincere and thoughtful narration guides us through his experiences, from arriving in Oxford on a scholarship from Jamaica in 1951 to becoming one of the foremost intellectuals of the British Left, director of the Birmingham School of Cultural Studies and professor of sociology at the Open University.
This film shows Stuart Hall’s clarity of vision as he sought to expand the study of change, revolution and the political struggles of a turbulent 20th century through the use of cultural frameworks.
John Akomfrah / UK / 2013 / 103 minutes
Certificate 12
Doors 7.30
Film starts 8pm