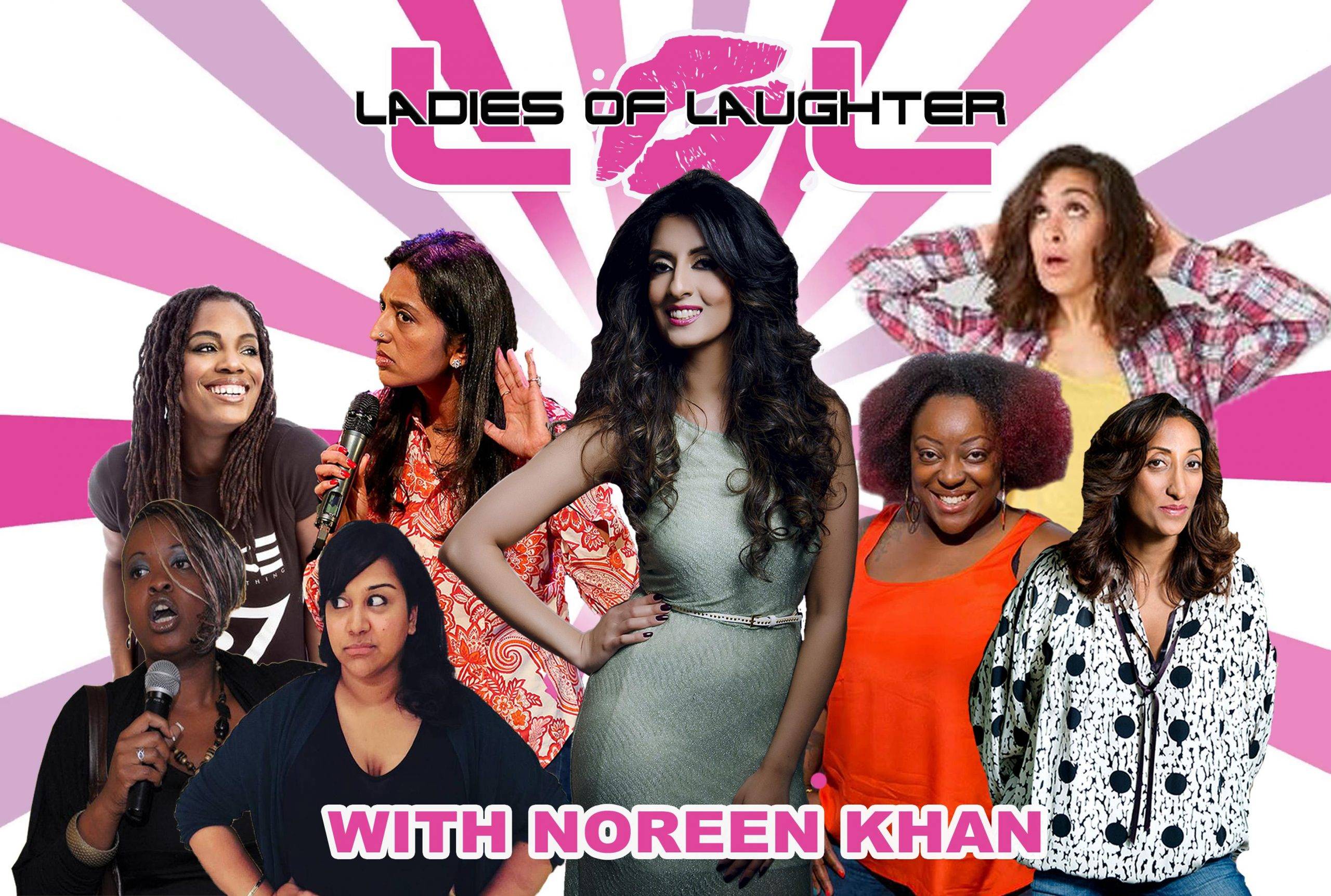 Noreen Khan hosts a night of comedy with some of the UKs favourite female acts.
** ACTS FOR THIS SHOW **

** Sukh Ojla **
Sukh Kaur Ojla is a UK based actress, writer, comedian and professional daydreamer. Sukh has appeared in a number of theatre productions as well as TV appearances such as Victoria and Abdul, Black Mirror & EastEnders. Sukh is one of the names to watch out for on the comedy circuit. Having played from small rooms she was recently selected for the BBC Asian Network Live event – her observation about the disadvantages of having to move back in with her parents, including not being allowed to ever turn over from the Sikh channel featured as one of the funniest moments of the night!
** Sindhu Vee **
Sindhu Vee was born and brought up in India, now based in London and splits her time between comedy and raising her three children – and gigantic labrador. She made the finals of the BBC New Comedy Awards in 2016.
** Annette Fagon **
Annette Fagon is a loud and engaging comic. Growing up as that rare thing in the midlands of the 1980s, the daughter of a Jamaican newsagent mother, has clearly left its mark. Despite years of child drama classes and theatre performances, Annette frustrated her mother by spending 6 years at university, leaving without a degree, and returning to work there for a further 2 years. After a variety of odd jobs – disability support worker, theatre house manager, comedy club waitress – Annette took up an odder job, in stand up comedy. Currently talking – loudly – about everything from hoodies and mobile phone habits to Beyonce’s mental state, she has made rapid progress, appearing at theatres around the country. Annette’s early efforts have quickly created a buzz.
‘With this sort of retro observational comedy, she’s just like Peter Kay would be – well, if he were female, black and from Leicester’ CHORTLE