Midlands TUC and Stand Up To Racism regional summit 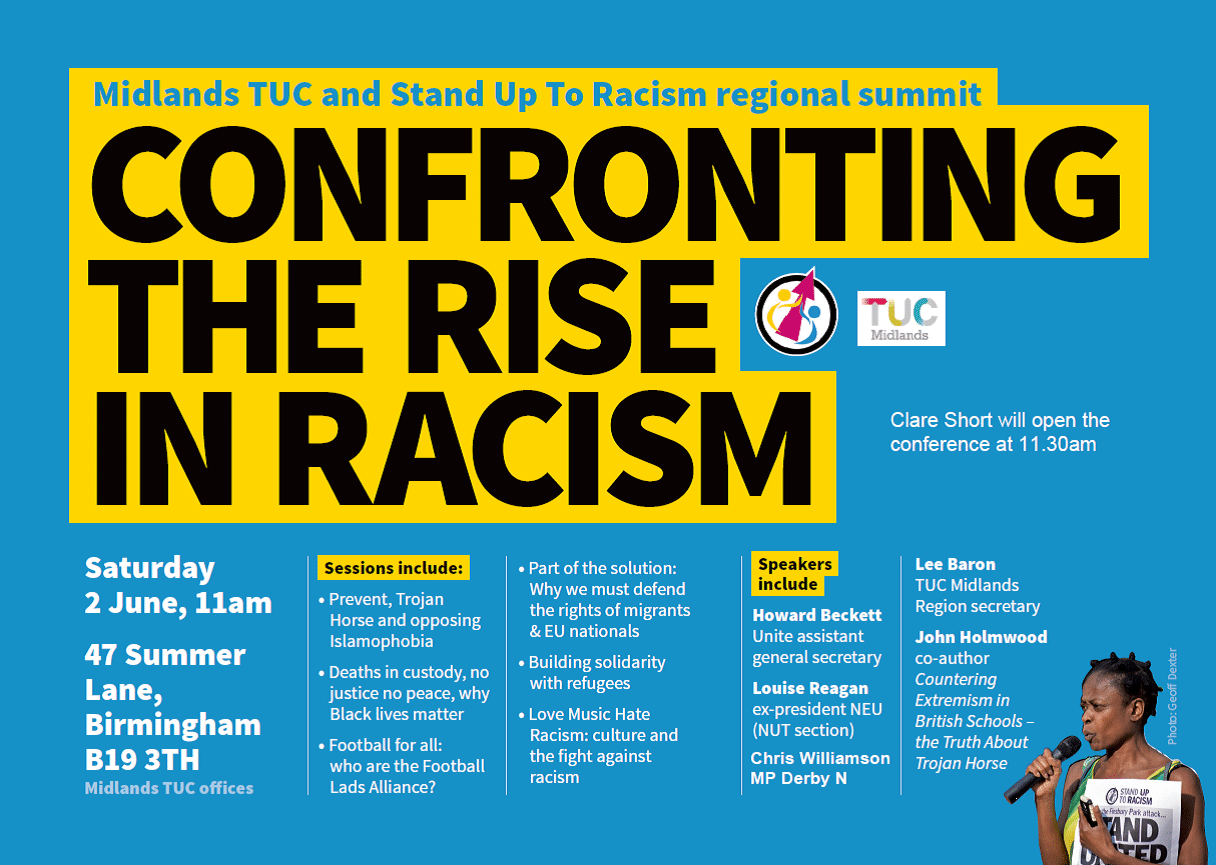 On Saturday 2 June TUC in the Midlands and Stand Up To Racism are organising a major regional anti-racist conference.

We are living in the era of Donald Trump’s racism and the growth of support for the far right across Europe.

In Britain we see the Tory government disgusting treatment of the Windrush generation exposing the racism at the heart of their immigration policy. They scapegoat migrants, refugees and the Muslim community and play with the future of EU nationals in Brexit negotiations.

In these circumstances we want to build the biggest possible broad based anti-racist movement across Britain.

That means building the movements roots in every town and city.

The event will be held in Birmingham but will be encouraging involvement and support from organisations across the entirety of the Midlands.

Tickets are free but we encourage those who can to buy a ticket.
With:

The emphasis of the conference is on building the anti-racist movement in our workplaces, colleges and communities.