Screen25 & We Are Parable present: The Harder They Come 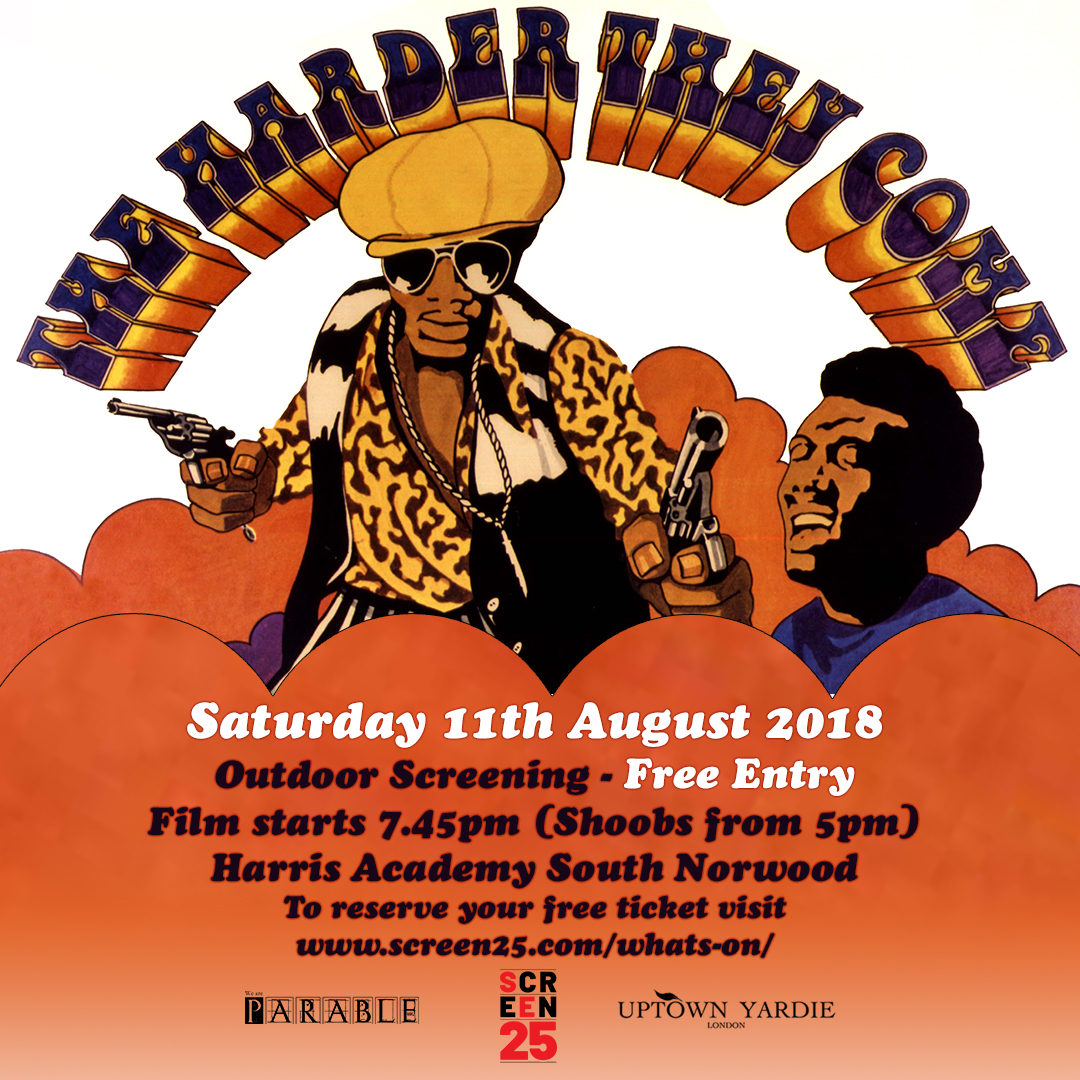 Screen25 are celebrating Jamaican independence this August with a FREE community outdoor screening of Perry Henzell’s explosive 1972 cult classic THE HARDER THEY COME – the first ever Jamaican feature film!

Starring reggae superstar Jimmy Cliff, the film follows the misadventures of rural Jamaican musician and antihero Ivan, who embarks on the long journey to Kingston in search of fame and fortune. After being betrayed by the music industry, Ivan finds himself at the hands of corrupt record producers and drug pushers, but rather than fail his dreams he lets nothing stand in his way; not even the law.

Riding on the wave of influential early 70s Blaxploitation films such as Sweet Sweetback’s Baadasssss Song and Shaft, The Harder They Come boasts a rollicking reggae soundtrack that’s guaranteed to get your toes tapping.

Wear your colours and join us before the main feature from 5pm for a pre-film party celebrating the fine flavours and sweet sounds of Jamaica. Hosted in partnership with immersive events company We Are Parable and high end British footwear brand Uptown Yardie. Stay tuned for further details!