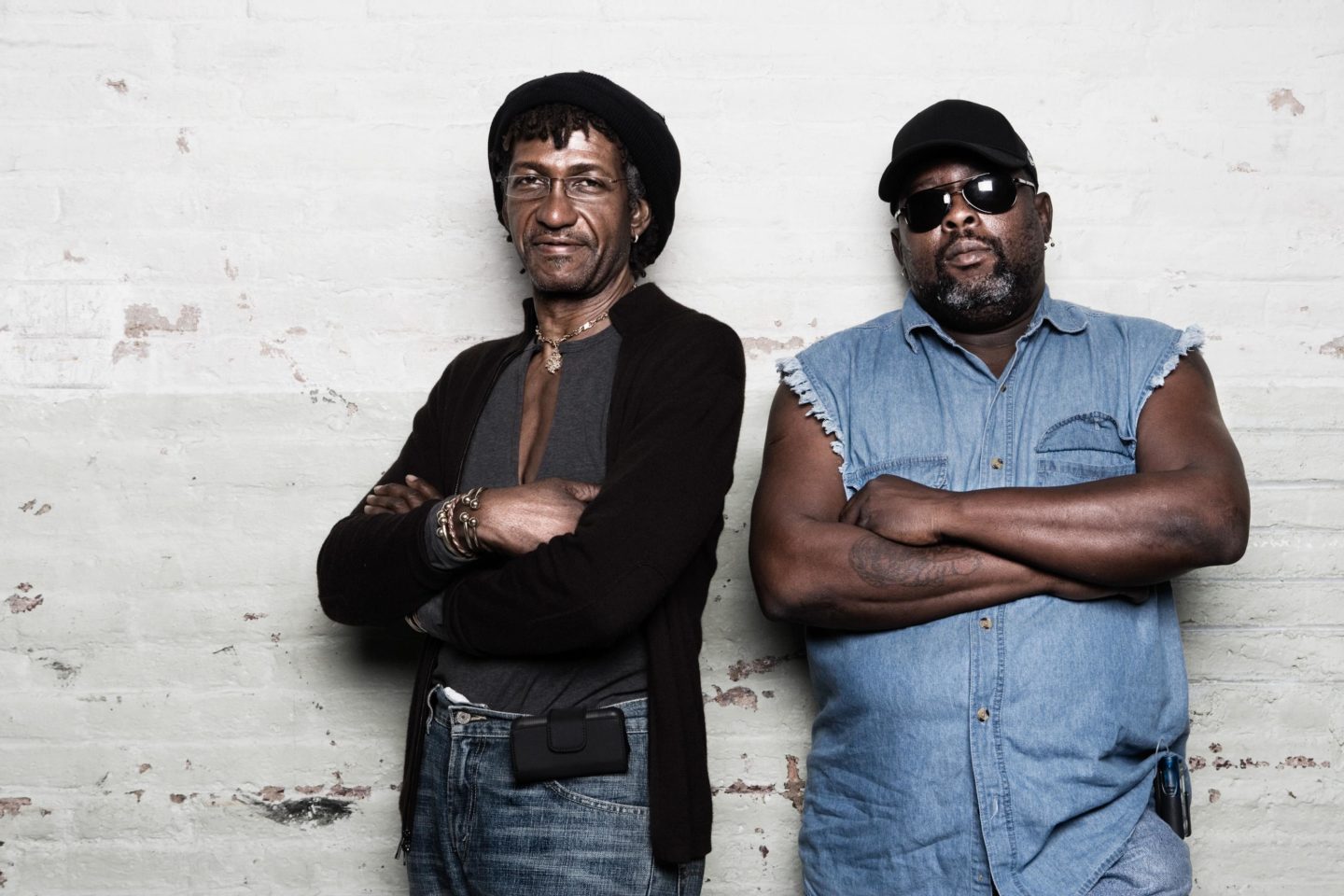 We’re celebrating the Jamaican Independence Day 2018 with some of the Islands most influental musicans and upcoming singers from England & Sweden. Get ready for a very special night of Reggae, Dub, Roots & Rocksteady at Berlin’s Nr.1 place for Jamaican music culture!

Sly and Robbie affectionately known as the Riddim Twins, are perhaps the premiere architects of the modern sound of Jamaican music. Building on the cornerstones of Studio 1 and other early pioneers of the Jamaican recording industry,Sly and Robbie became the driving force behind the fabled Channel 1 sound that dominated reggae throughout the late 70’s and early 80’s. Subsequent work, most notably with Peter Tosh and Black Uhuru, set the pace for the changing sound of reggae in the post-Bob Marley era. Their stellar playing and production work have also graced albums for a host of international artists including, among many, Bob Dylan, Grace Jones, Joe Cocker, No Doubt, the Fugees, Serge Gainsbourg, Sinead O’Connor, The Rolling Stones, and countless others.
Youtube

Bitty McLean A much loved talent with an astonishing voice and unnerving ability to pen a pop smash, McLean launched himself into the high end of the British charts with a string of top ten hits in the early 90s. In 1992, McLean had not only co-produced but played and sang on UB40’s hugely successful album «Promises And Lies» which sold 8 million copies. Signed to Brilliant Records by 1993 Bitty’s own recordings including It Keeps Rainin’, Dedicated To The One I Love & Here I Stand notched up 3 UK top ten singles by 1994 selling over 1 million records. The subsequent years saw Bitty accrue a fearsome catalogue of top 30 singles, as well as playing UK arena tours with UB40, Wet Wet Wet and Simply Red. In 2004, he re leased the superb «On Bond Street», in which Duke Reid’s Treasure Isle instrumentals played by the legendary Tommy McCook and The Supersonics formed the basis of the album. Bitty McLean followed up with a major collaboration with the worlds’ greatest rhythm section, Sly Dunbar and Robbie Shakespeare. The trio recorded «MOVIN’ ON», a brand new studio album in Kingston Jamaica. 2017 has been spent in his own studio working on his new album as well as doing productions with Sly & Robbie and other producers in Japan and the UK. 2018 is shaping up to be very interesting.
Youtube

At only 22, Junior Natural  is a Reggae veteran. Like his glorious predecessor Dennis Brown, Junior started at 8. After touring for a decade in the West, he took the ultimate challenge in Jamaica. Kingston’s notoriously merciless crowds raved and adopted Junior, who became a staple of the local scene. Two years ago, his performance was one of the highlight of the Telerama Dub Festival. Recognizing huge potential, Sly & Robbie did what they always do when they find a truly great artist: they crafted a brand new, yet unmistakably TAXI, sound with the MILITANT album. MILITANT is simply on of the best Reggae album in years. It picks up where Sly & Robbie arrived at with Black Uhuru and Ini Kamoze in the 80’s. Turbo charged with attitude, it is hard, yet melodic, letting Junior speak with clarity to hearts and minds in times of trouble.
Youtube
+ Google Calendar+ iCal Export