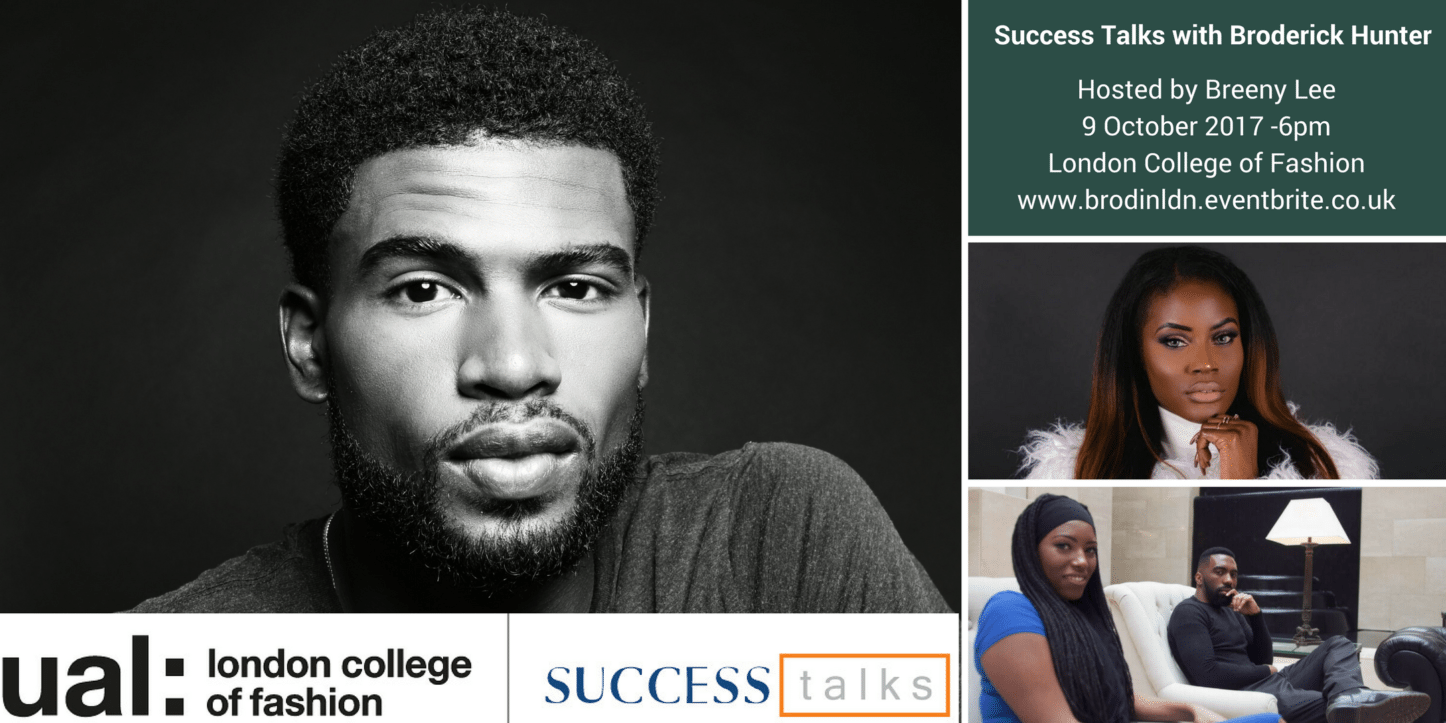 As a male model and actor with a social media following of 160k+, Broderick Hunter made an appearance on HBO’s hit series Insecure (Link) and has become one of the most widely recognized male models in the industry with leading roles in music videos alongside recording artist Ciara & The Wanted, being named one of PEOPLE Magazine’s “Most Sexiest Men Alive”, listed as one of the Most Stylish Male Models on Instagram by GQ Magazine and was one of the faces of POLO RALPH LAUREN. He has been the face of various publications including British GQ, Cosmopolitan US, Buzzfeed and 360 Magazine.

He will be interviewed by UK Social Media personality Breeny Lee at the London College of Fashion to provide you with insights on how to maximise your potential and develop the right mindset to be successful in the very competitive fashion modelling industry.

Included in your Ticket Price:

Goody bag of hair and make up products from Treasure Tress

Access to a special networking reception after the event

Free drink on entry to the networking/after party with Broderick

7 days prior to the event all ticket purchases are final and no refunds are available .

Speakers and timings may be subject to change at any point up to and including the day of the event.

All opinions expressed by individual speakers on the day and in connection with this event reflect their personal views and not those of either the host organisation or any of the organisations to which speakers may be affiliated.