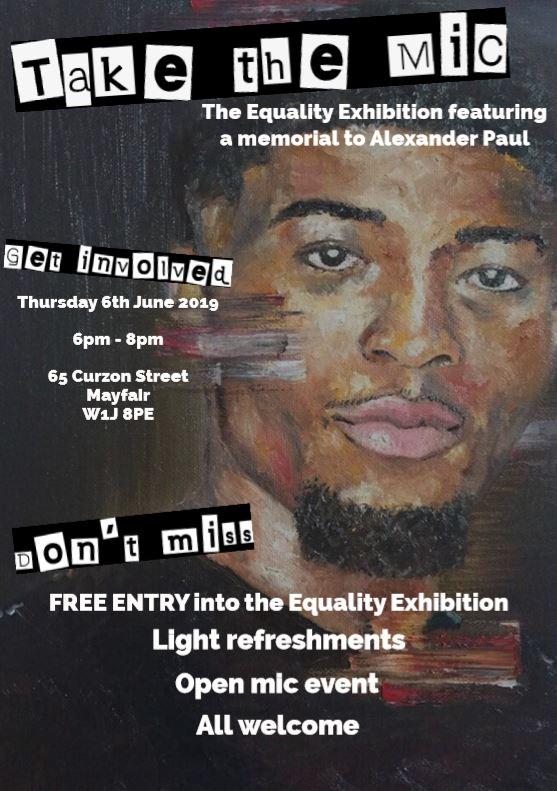 We are very pleased to have worked with Joanna Brown to bring together an exhibition which is a tribute to her son, Alexander ‘King’ Paul who sadly passed away in 2017 from a rare brain tumour. The exhibition is a celebration of Alexanders achievements. In 2014 he appeared at the Conservative Party’s national conference to talk about the misuse of ‘Stop and Search’ by the police.

Joanna Brown of the Alexander Paul Foundation will be giving a poetry recital (poems written by her son) and talk about her sons struggle with mental health issues. She will be joined by Navrita Atwal, the Chief Executive of the Equality Council UK who will give an inspirational speech on equality.

To accompany this exhibition, we will also be displaying a range of exhibits on behalf of the Equality Council UK.