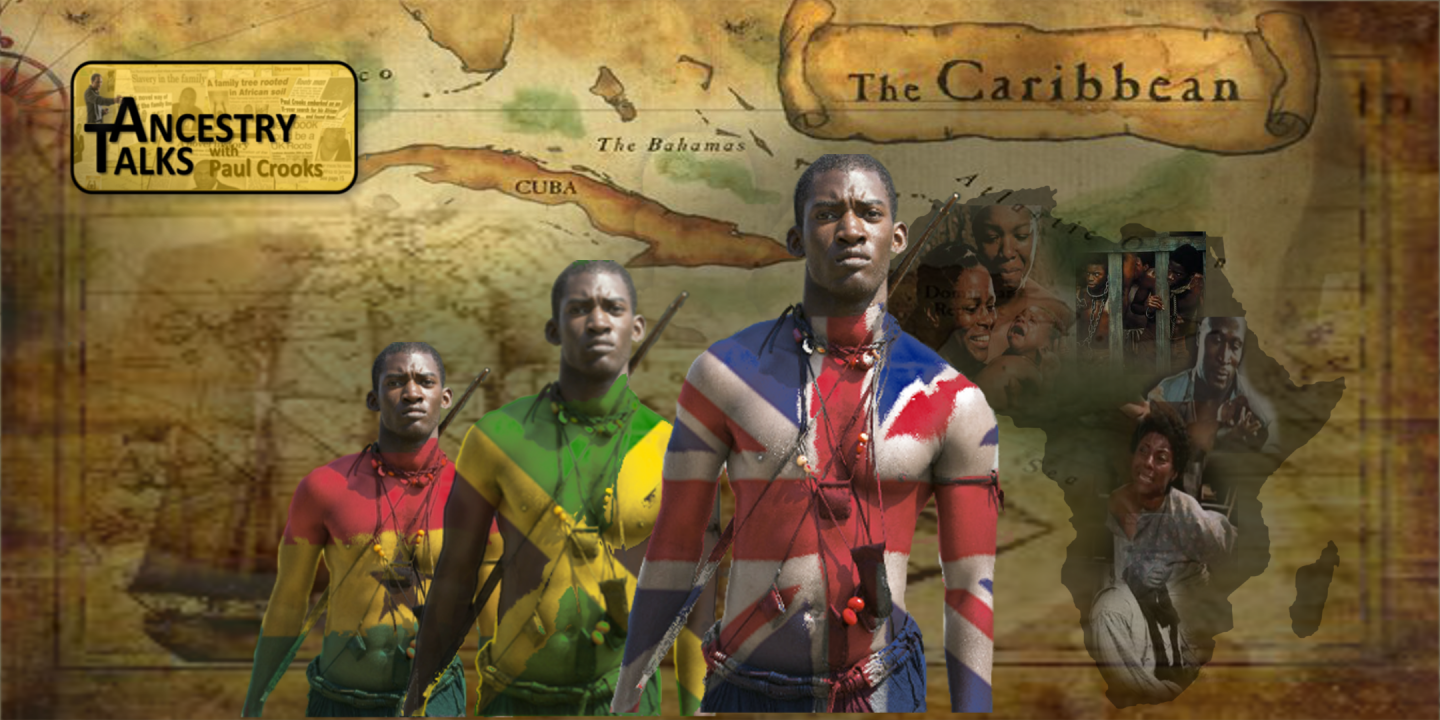 Join Ancestry Talks’ Paul Crooks for this captivating account of how he traced his African forebears enslaved on a sugar plantation in Jamaica, 200 years ago.
Paul Crooks pioneered research into tracing African Caribbean ancestry. Paul was told that it would be impossible to trace records of slave-ownership let alone his African ancestors enslaved on plantations in Jamaica. “No one had tried because such records did not exist.” In the 1990’s, undeterred, he embarked on a journey of discovery that led from suburban North London to Jamaica and ultimately back to the Gold Coast of Africa; an effort that has brought him international recognition for his breakthroughs in African Caribbean genealogy research.
By 1999, Paul uncovered the potential of the Slave Registers for exploring Caribbean Ancestry and tracing African Roots. Paul’s revelations were followed by a flurry of inquiries into the slave registers and slave compensation records.
Paul will
• talk about his journey and how he traced his roots
• discuss how the slave registers can support the exploration of Black ancestry and self-identity
• reveal how the registers enlighten us about the roots of British racism
• speak on the origins of the slave registers create space for questions & answers and opportunities for meeting and befriending like-minded people
Click here for more about Paul Crooks.
#blackhistorymonth
#blackhistory
#bhm