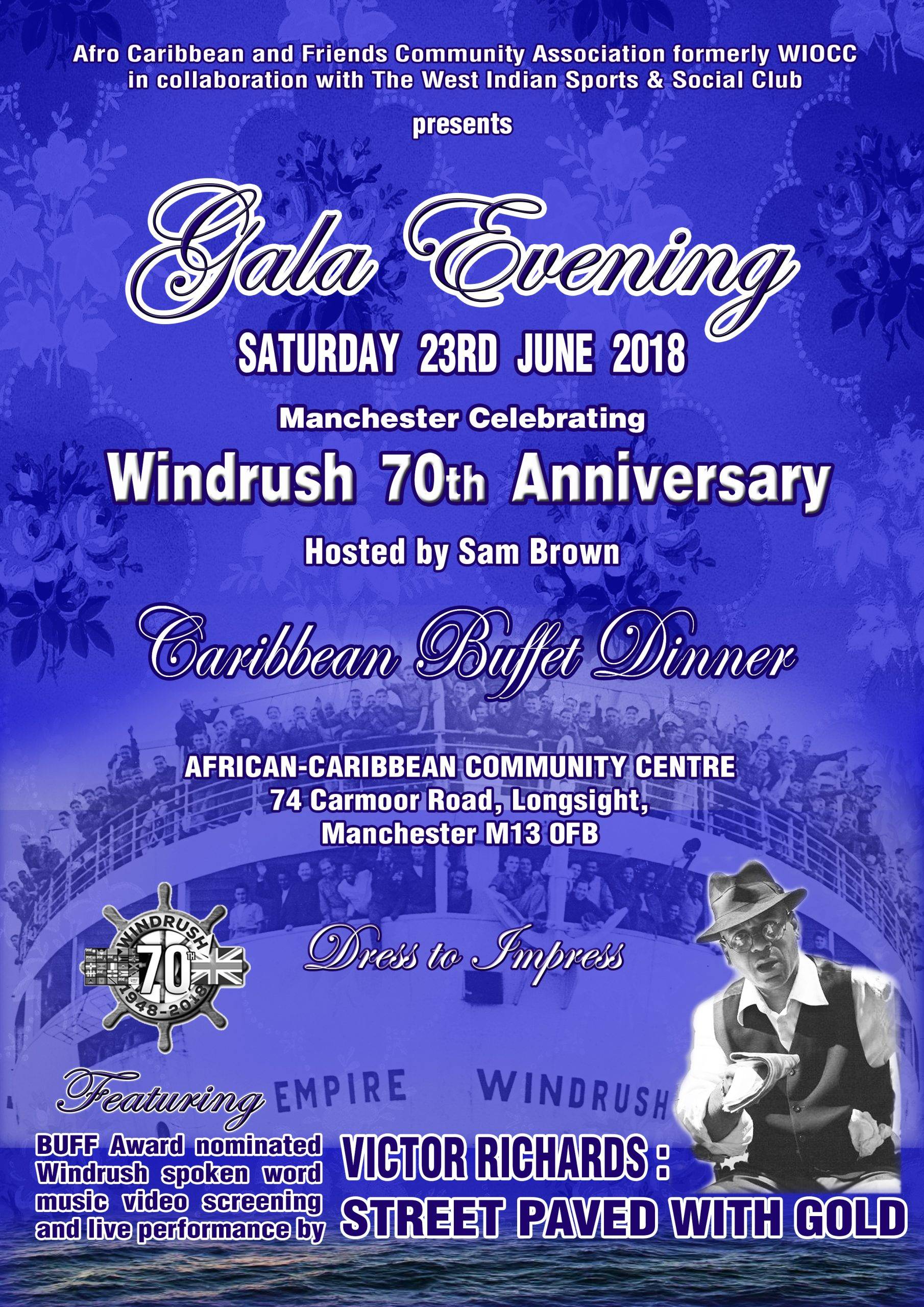 On behalf of The African Caribbean & Friends Community Assocication (formerly WIOCC) and The West Indian Sports & Social Club you are invited to join us as we take a walk through history in tribute to the Windrush Generation.
The arrival of the first mass movement of West Indian men from the Caribbean following the Second World War to assist the rebuilding effort of Britain was a significant moment in British History.
We promise an enjoyable, unforgettable experience of Black History, Food and Culture as we take you on a journey of the Windrush Generation.
Dress Code: Dress to Impress
The evening commences with :-

Quote by Patrick Vernon OBE and leading ‘Windrush Day’ campaigner – “Fantastic show tonight. Streets Paved With Gold gives an insight in to the Windrush Generation.This is a reminder of their sacrifices and why the government needs to have legislation to protect as British Citizens”.
Time : 6pm – 2am