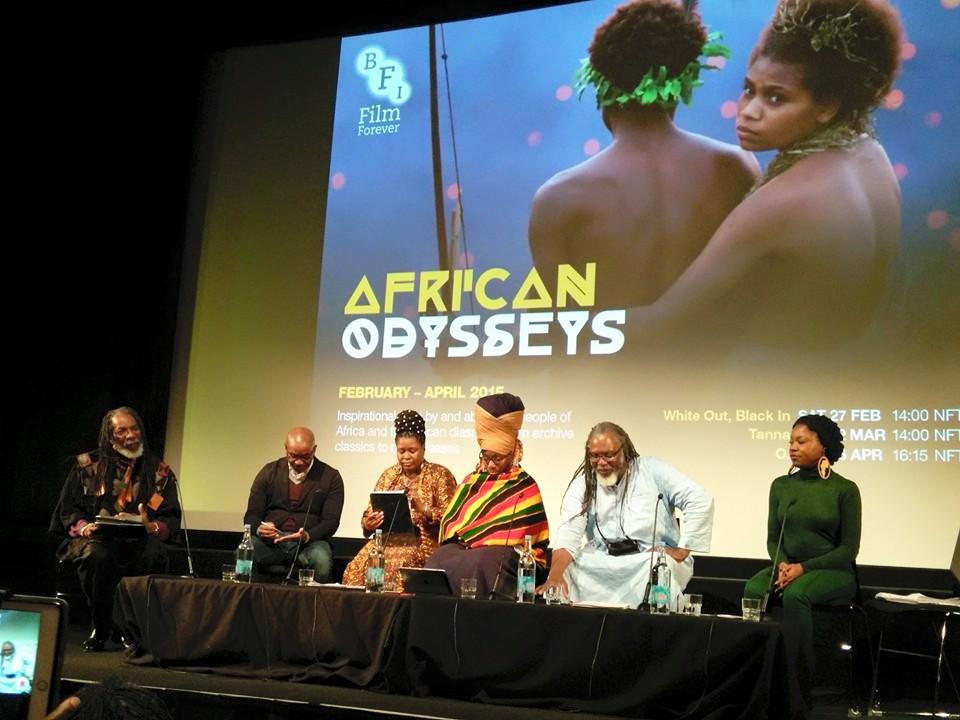 Session 1 African Odysseys top 40 films (and where to get them) Part 1 of 2 sessions.: With monthly screenings over a decade many people have missed some of the vast array of brilliant films we have screened. This presentation will show trailers and clips of the 40 best films we’ve screened plus relevant commentary and tips on how to access.

Session 2 Black films don’t sell? Exploding the myth. For decades, white producers have promoted the idea that films with black casts don’t perform well and therefore should not be made. We go right back to the 70’s to show how the opposite is true and why this falsehood is maintained with numerous UK and US examples.

Session 3 An evening with Charlie Phillips and friends. Mr Phillips is a world famous photographer, heritage consultant and film fan. In this session, we will show revolutionary clips of films from the 60’s, 70’s and 80’s and Charlie will fill in the context of the politics of the day and the effect of the film on the community. Clips include Shaft, Sankofa, Sweet Sweetback, Watermelon Man, Goodbye Uncle Tom, Brazil, Abolition, Three the Hard Way

Session 4 African Odysseys top 40 films (and where to get them) Part 2: with monthly screenings over a decade many people are unaware of the vast array of brilliant films we have screened. This presentation to consist of trailers and clips of the 40 best films we’ve screened plus relevant commentary and tips on how to access.

Session 5 The Conspiracy to destroy positive black films: A list and examples of obvious and invisible obstacles black films face. How the BBFC rating system discriminates against African films, etc

Session 6 The best of Ten Years of African Odysseys Q and As Selected outtakes of recorded Q and A’s and talks over the last ten years.Plus the African,French and Caribbean perspective

Please note the course dates skip one Thursday. Dates are as follows 24 and 31st May. 7, 14, 28 May. 5th July. We will also have limited seats available for individual sessions out of the six (if you cant make the whole course) at £15.00 per session

50 Years since the police killing of David Oluwale.

50 years since MLK was assassinated.