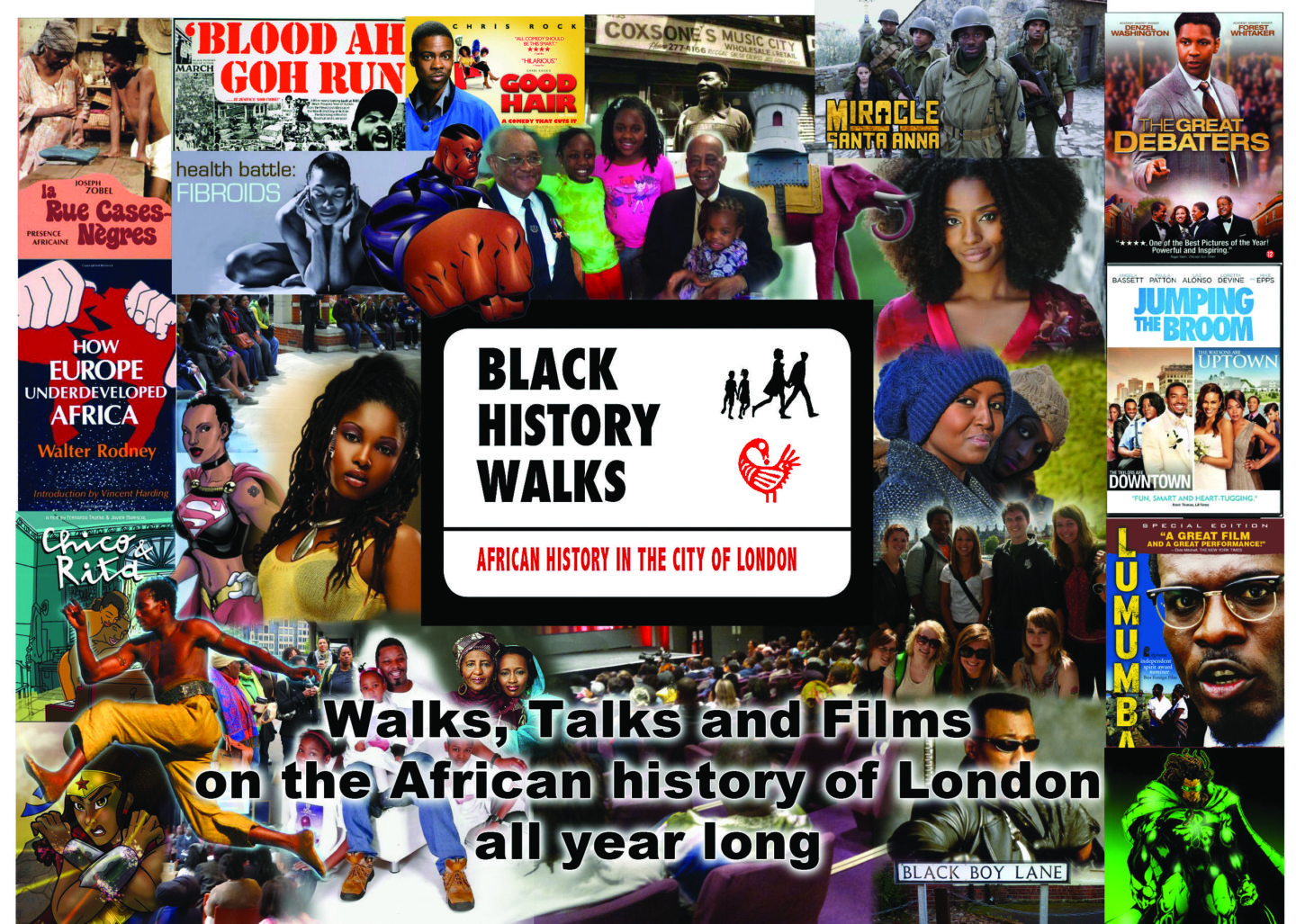 In 140 minutes your guide will take you through hundreds of years of the African presence and contribution to London’s way of life. Discover secret alleyways and enormous buildings all connected to Africa and the Caribbean in ways which the owners do not want you to know. Find out about Black loyalists and African revolutionaries. Uncover the submerged links between racism, trade, religion, slavery and politics which are still evident in the very streets and buildings of the oldest part of London. This walk features:
“Thank you very much for the grand tour of the oldest part of London. That was a tour of a lifetime and most enlightening. Yes, I realise more than ever before how our ancestors and countries contributed to the wealth, growth and grandeur of the British Empire” Professor Norman Maphosa, Vice Chancellor, Solosi University, Bulawayo, Zimbabwe
‘We enjoyed the walk, and I think it has very much enriched our study of the 18th-century novel and colonialism. I especially appreciated the way in which you used different locations in the City to bring out the connections (unexpected to students) between London wealth, imperial capitalism, and colonial exploitation of Africa and Africans during the era of colonization and slavery. Your presentation was lively and approachable, humorous at times, but deeply knowledgeable and with an activist edge. I’m sure this Black History Walk will be a memorable part of my students’ experience of studying abroad in London. I’ve copied my program administrators so that they have the information about the Walks, and you’re free to quote any of this if you like.’ Elizabth A Bohls, Associate Professor, English Department, University of Oregon