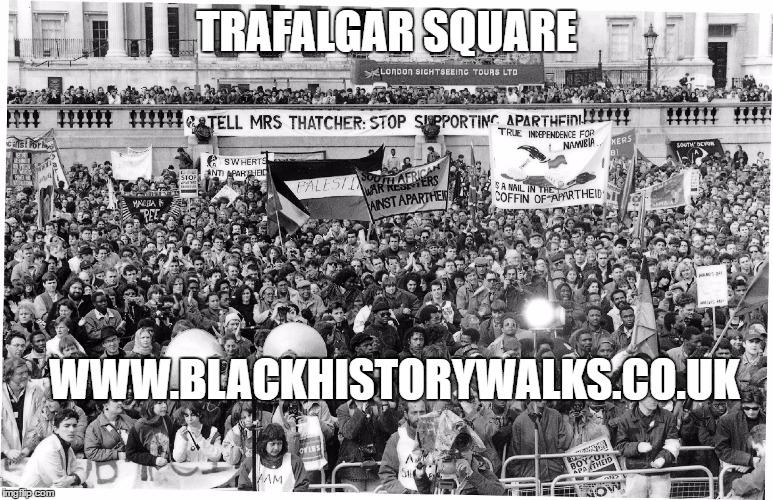 Millions of people walk through Trafalgar Square every day and have no idea of the centuries of African history under their feet and in front of their eyes. In two hours your guide will expose the links between Africa, India and the Caribbean and explain how history was whitewashed and racism institutionalised. In 2007 there was a huge emphasis on the 200th anniversary of the British ‘abolition’ of the human trade in 1807, but African freedom fighters in Haiti defeated the French, Spanish and British armies and had already declared their independence in 1804. This walk features:
‘Just a few words from the Guild of Walkers WE enjoyed ourselves immensely . What a tour! Having worked in the city for thirty years, walking in and around, passing those landmarks, images, icons, churches, streets..this was one of the most beautiful walks I have ever had’. Glenda Trew, Guild of Walkers
#blackhistory #blackhistorymonth #bhm #history
+ Google Calendar+ iCal Export